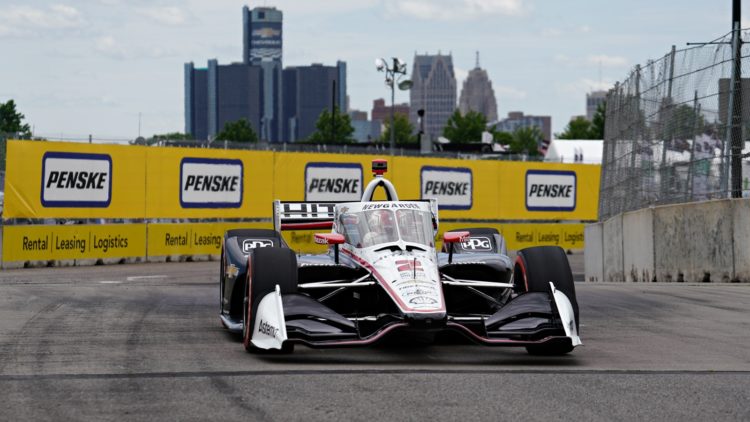 Josef Newgarden has earned pole for IndyCar’s Detroit Grand Prix, putting in a lap of 1:15.2153 as time expired on Saturday’s final qualifying session.

The veteran has had a strong year so far with two wins under his belt, but has been a bit inconsistent as well.  The pole is the 16th of Newgarden’s career, and positions him in the best position to come away with another win this weekend.

Takuma Sato earned a starting position on the outside of the front row, and looked like he might take the top spot until the final minute.

It was a struggle for the drivers to wrestle their cars around the tricky 2.35-mile street course, with numerous bumps and a constant threat of disaster from the concrete walls bearing down on them.

The track became considerably quicker as qualifying went on, and the Firestone rubber meant that the final runs of the day were some of the quickest of the weekend.

Simon Pagenaud and Helio Castroneves earned starting spots next to each other on the second row, and the team-mates will look to work together to get a good result for the Meyer Shank Racing squad.

On the third row is Pato O’Ward, who completed a solid lap to get into the top group of drivers and was the only Arrow McLaren SP drivers to advance out of the first round.

David Malukas was the only rookie to advance to the final Fast 6 session, and was just slower than the other drivers that made it to the final round.

Romain Grosjean looked set to advance to the Fast 6 round, but he touched the wall coming out of the penultimate corner.  The impact broke the rear toelink, and sent the Frenchman hard into the concrete barriers.

Grosjean was furious with his own mistake, yelling to himself as he climbed from the car and walked to the safety vehicle.

The other members of Andretti Autosport had a disappointing qualifying as well, with Colton Herta and Alexander Rossi failed to put in a lap good enough to advance into the final round.

In the opening round, Felix Rosenqvist was penalized for blocking, and had to forfeit his quickest times meaning he will start in the 26th and final position.

Dalton Kellett was not able to participate in qualifying, as his AJ Foyt Racing team opted not to rush the repairs on the car that was damaged in morning practice.  Kellett will start on the final row alongside Rosenqvist.

Drivers will get one final warmup session on Sunday morning, then will have a 70-lap endurance test at 3:30 PM Eastern Time. 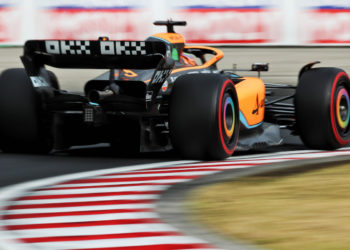