Dixon ‘bummed’ that Detroit GP no longer a double-header 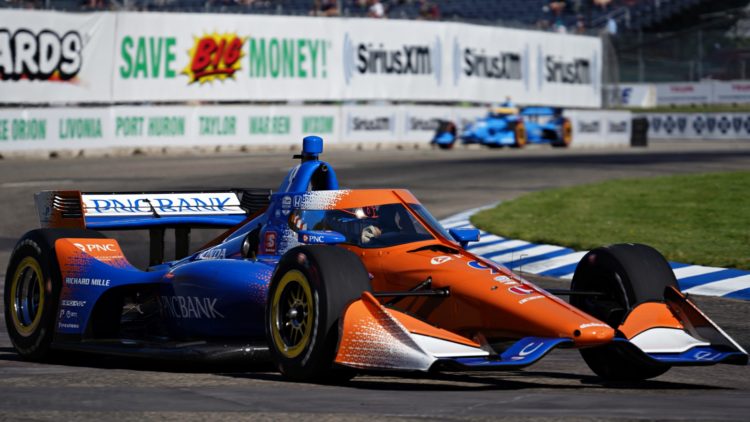 Dixon's last victory on Belle Isle was in 2019 when he won the second race of the double-header. Photo: Kevin Dejewski

This year’s IndyCar portion of the Detroit Grand Prix is a single event held on Sunday, as opposed to previous years which typically saw two IndyCar races run on the same weekend.

Coming just one weekend after the Indy 500, the race from the tricky street course is seen as a big challenge for teams and drivers alike that have had precious little rest in the past few weeks.

But some drivers including six-time series champion Scott Dixon prefer the challenge and wish that they were racing twice this weekend.

“I’m kind of bummed that it’s not a double-header,” Dixon told Motorsport Week.  “I don’t know why they went away from that.

“Typically we had two or three [double-headers] a year, right?  This year it’s just one, which is at Iowa.  I think it’s much more risky to do it on an oval.

“I enjoy double-headers; I think they’re a good format.  Maybe they’ll apply them to some other tracks.

“These ones always play well.  Even from day one to day two, you see such a flip anyway, even though it’s at the same track.  You would think it would be the same scenario.

“Because of the tire management, and the amount of tires that you have, there’s a lot of different strategies.  I think they’re a good format.  Hopefully they come back one day.”

Part of Dixon’s desire to keep the double-header in Detroit in particular may be because he has won here three times in his career, and almost always finds his way to the top 10.

He’ll only have one chance to make it count on Sunday, when he will try to be the final driver to win on the historic course before it moves a few miles away next year to be run in the heart of downtown.