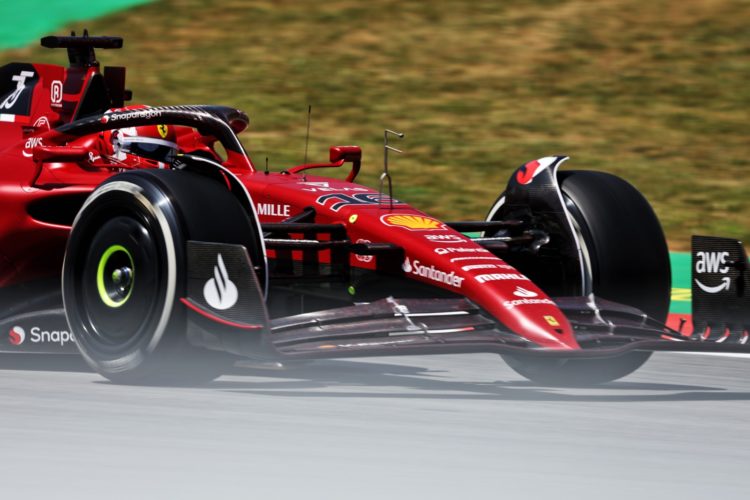 Leclerc posted a time of 1:19.670s in the updated F1-75 to ensure he topped both Friday practice sessions at the Circuit de Barcelona-Catalunya.

Mercedes had one of its most competitive days of the campaign as George Russell and Lewis Hamilton classified a close second and third respectively.

Russell, who topped Friday’s running in Miami before slipping back, was 0.117s behind Leclerc, with Hamilton only a tenth further behind.

The W13 did not show any signs of the bouncing that has plagued it through the early stages of 2022, which Mercedes believes is at the root of its issues.

Carlos Sainz was fourth for Ferrari, three-tenths behind his team-mate, and the last driver inside the 1:19s.

World Champion Max Verstappen was fifth, with Sergio Perez seventh in the sister Red Bull, having returned to action after missing FP1 while Jüri Vips ran.

Haas’ Mick Schumacher rounded out the top 10, ahead of AlphaTauri’s Pierre Gasly, with their respective entrants the only teams not to bring performance-related updates to the event.

McLaren had a low-key day, with Lando Norris running through the gravel at Turn 7 before dipping a wheel wide at Turn 9. He completed only six laps.

Team-mate Daniel Ricciardo finished at the rear of the midfield contingent in 15th place, ahead only of the Alfa Romeo and Williams drivers.

Valtteri Bottas also had a subdued showing as he was forced to stop his Alfa Romeo C42 at the end of the main straight after just three laps due to a technical issue.