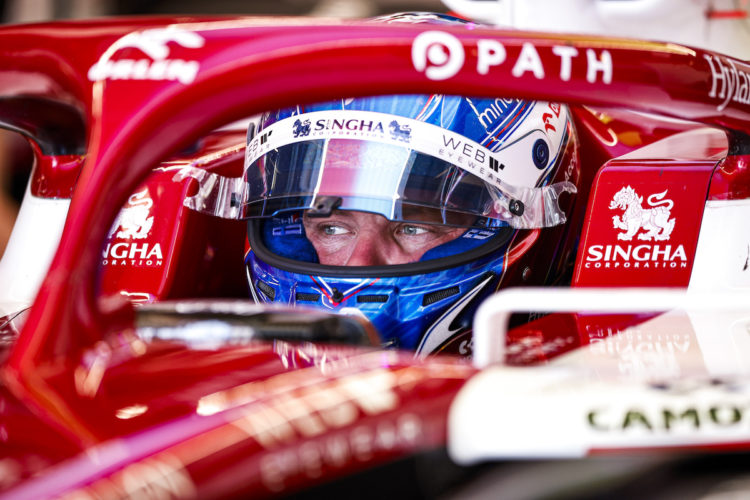 Bottas was forced to pull to the side of the road during FP2 in Barcelona, as he reported a problem with the car after a puff of smoke was emitted from the rear.

Alfa Romeo has had a number of problems during Fridays throughout the 2022 campaign so far, with Bottas suffering reliability woes in Bahrain and Imola.

Last time out in Miami, he crashed during the opening practice session, and this time around in Barcelona, he managed just three laps during FP2.

“This seems to be a bit of a trend for us to have tricky Fridays,” Bottas said.

“This time it seems to have been an engine issue, so all we can do is look ahead to tomorrow and maximize the session.

“It’s nothing new for us, and I’m sure we can still have a strong weekend, because based on that one lap I had in FP2 the car felt good.”

Elaborating further on the issue he faced during practice, Bottas said: “I felt the smell of oil, I saw the smoke on the mirrors and I heard the noise, that didn’t sound good.

“But we haven’t got the car back, so we don’t know exactly, but I would suspect it was something with the engine.”

Alfa Romeo arrived in Barcelona with a number of upgrades to its car, as it looks to build on its strong start to the 2022 campaign.

Despite having limited running during the day, Bottas believes that the new parts are having a positive impact on Alfa Romeo’s car.

“Based on that one lap in FP2 I can say that it seems to be working, but in FP1 it was difficult to judge,” he said.

“I think we were quite conservative with the set-up, with the way we were trying to avoid porpoising and everything, so we just wanted to gather the data in FP1.

“For us [porpoising] didn’t seem to be an issue, we definitively started quite cautiously in FP1.

“We were getting more and more towards the optimum settings and still had no issues, but we will discover more tomorrow.”