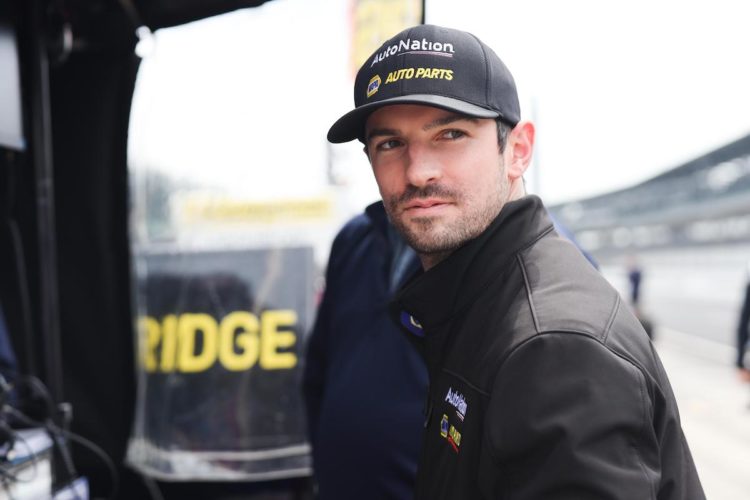 Alexander Rossi has revealed that he received a firm rejection from the Haas Formula 1 team regarding a drive for the 2016 season.

Rossi, who currently drives for Andretti Autosport in the IndyCar Series, spent much of his junior career competing in Europe.

Having held a test and reserve role in Formula 1 for several years, Rossi made five grand prix appearances with Manor towards the end of the 2015 season.

With Haas poised to join the grid in 2016 as the only American team, Rossi, who is from California, held brief discussions with the outfit.

However, speaking on the Beyond The Grid podcast, Rossi has revealed that he was handed a firm ‘no’ answer to a potential drive for the 2016 campaign.

“There were some conversations and then, in Monza of 2015, without mincing any words, it was basically, from management, ‘We are not interested in you’,” said Rossi.

“‘We don’t think any Americans are qualified to race in Formula 1 at this point and you are best to go off and go your own way’.

“There is no violin that I look for, it’s just a part of the sport.

“If I had to say I had a problem with something, it is purely just that there are commitments and there were things that were said and done with Haas that ultimately didn’t happen for one reason or another.”

Rossi remains the last US F1 driver to compete in the sport, however since his departure, he has taken seven IndyCar wins, including a victory at the 2016 Indianapolis 500.