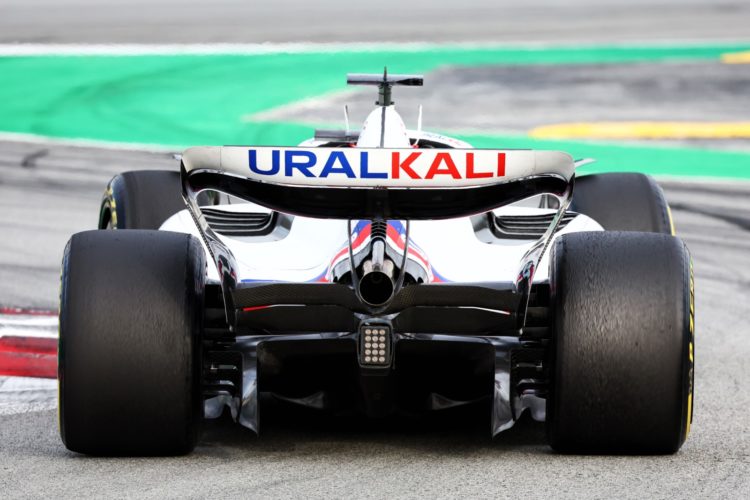 Ukraine’s motorsport federation has called for Russians to be prohibited from FIA-sanctioned competitions in the wake of Vladimir Putin’s decision to invade its country.

Ukrainian cities have been under assault from Russian troops since Thursday on the directive of Putin, prompting widespread condemnation, and sanctions from the global community.

Formula 1 responded last week by cancelling the Russian Grand Prix, due to be held in September in Sochi, while Haas removed Uralkali branding from its VF-22 on the final day of testing.

Further talks are set to take place between Haas and Uralkali, which is controlled by Nikita Mazepin’s father Dmitry, a close ally of Putin, this week.

Uralkali joined Haas as its title sponsor on a multi-year deal ahead of the 2021 season, following on from Mazepin’s recruitment.

Mazepin races under the license of the Russia Automobile Federation, and uses its symbol in Formula 1, on account of Russia’s suspension from the International Olympic Committee, to which the FIA is a signatory.

FIA President Mohammed Ben Sulayem wrote to the President of the Automobile Federation of Ukraine (FAU) promising his full support.

“Given the current situation, the FAU is preparing a proposal for possible measures of support from the FIA ​​for the post-war period, when all state resources will be directed to recovery,” wrote Kostyuchenko.

“At the request of FAU members, we ask you to: prohibit the use of state symbols of the aggressor countries of the Russian Federation and the Republic of Belarus during the FIA ​​and FIA-sanctioned competitions.”

“Prohibit the holding of FIA and FIA-authorised competitions on the territory of the Russian Federation and the Republic of Belarus.

“Prohibit holders of all licenses issued by the RAF and BAF from competitions outside the Russian Federation and the Republic of Belarus.”