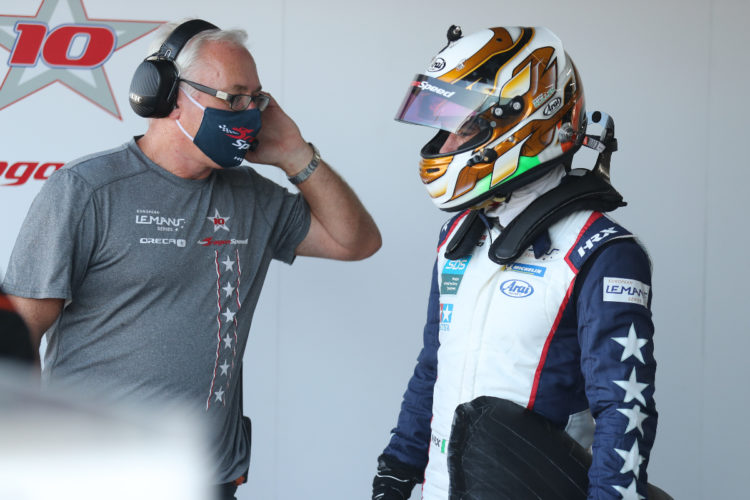 Former Rolex 24 class winner Ryan Cullen has been named as the third and final driver in Vector Sport’s line-up for the 2022 FIA World Endurance Championship.

The new British outfit officially had its entry into the championship confirmed as part of the entry list release on Wednesday morning.

Cullen, 30, will partner with the previously announced duo of Nico Müller and Sebastien Bourdais aboard the #10 ORECA 07-Gibson in the fiercely competitive LMP2 class, which will count 15 entries this year.

“I’m excited to be in WEC and it’s good to be back racing full time with a professionally-run team and personnel,” Cullen said. I’ve worked with some of them before and motivation is high so I am confident we will hit the ground running and anticipate that everyone will get up to speed quickly as they are very experienced people.“

“Over recent years LMP2 has got a lot stronger, as I’ve seen through being in the ELMS and some WEC races including Le Mans. WEC definitely was always cream of the crop, and it seems to be in last two years there are new teams which have raised the bar.”

“It’s going to be really competitive with even more good, new teams lining up for 2022 and I can’t wait for us to be part of that at Vector Sport.”

Cullen has raced LMP2 machinery with various teams over the last number of years. Apart from winning the LMP2 class at Daytona with DragonSpeed, he has also raced with United Autosports and Algarve Pro Racing.

In 2021, he joined Risi Competizione’s brief LMP2 tenure in WEC’s Six Hours of Monza and at the 24 Hours of Le Mans.

“We are delighted that the WEC and ACO have shown their faith in our plans and confirmed our place on the grid for 2022,” said team principal Gary Holland.

“Now the hard work really starts to be ready for Sebring, and Ryan has already begun this with Nico and Seb with testing in Spain.  Vector Sport is on its way and we can’t wait to get out there and show everyone what we can do.”