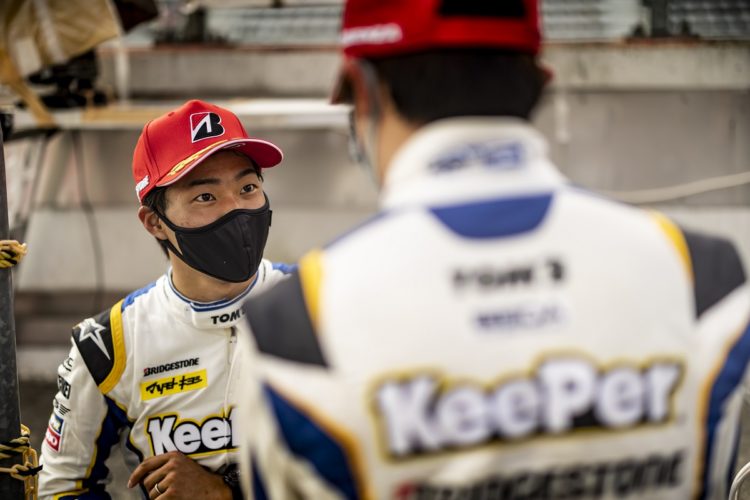 Ryo Hirakawa will replace Kazuki Nakajima in Toyota’s World Endurance Championship line-up for 2022, while Kamui Kobayashi will combine his driving role with the job of the manufacturers Team Principal.

Nakajima announced that he would retire from driving after nearly a decade with Toyota’s endurance racing squad ahead of the season ending Bahrain double-header encounters last month, the ex-Williams F1 racer being confirmed on Monday as the marque’s Gazoo Racing brands new Vice Chairman, a role that will see him based at its headquarters in Colgone, Germany.

Hirakawa will take his berth in the #8 Toyota GR010 Hybrid alongside the remaining Sebastien Buemi-the only original Toyota driver to remain since it joined the WEC in 2012 following Nakajima’s retirement- and Brandon Hartley.

The 2017 Super GT champion says he is “thrilled” to finally get the chance to race with Toyota in the WEC, adding he was “honoured” to be the one chosen to replace three-time Le Mans winner and “true legend” Nakajima.

“I am thrilled to join the TOYOTA GAZOO Racing family in WEC, particularly to work alongside Sébastien and Brendon in the #8 car,” said Hirakawa.

“I have already tested the GR010 HYBRID three times and I am becoming more and more familiar with the car.

“There is still plenty to learn and I am looking forward to the start of pre-season testing, so I can continue my development. Thank you to everyone at Toyota and TOYOTA GAZOO Racing for their trust and support.

“I am honoured to be given this opportunity to replace Kazuki san, who is a true legend in endurance racing.”

Hirakawa narrowly missed out on making his Toyota WEC debut at Le Mans in 2017 when it elected to enter a third TS050 machine, though the manufacturer ultimately decided to grant 2016 Super Formula champion Yuji Kunimoto the chance instead, though Hirakawa would remain as a development driver for Toyota over the subsequent years.

Alongside his 2017 Super GT title success he also managed a runners-up championship result in Super Formula in 2020, while two seasons competing in the European Le Mans Series across the 2016-17 campaigns yielded a total of three wins.

Nakajima meanwhile says he is “delighted” to continue to be a part of Toyota’s WEC effort going forward, albeit in a new capacity following nine successful years in the drivers seat.

“I am delighted continue my journey with TOYOTA GAZOO Racing alongside my colleagues in the WEC team, which feels like a family to me,” said Nakajima.

“WEC is one of many exciting projects in which TGR-E is involved, all with the target of making ever-better cars.

“I will give all my strength to contribute to these projects, and strengthen TGR-E and the WEC project. After being a racing driver for nearly 20 years, I have experienced a lot in motorsport and it is exciting to bring this knowledge to my new task.”

The ex-Sauber Formula 1 pilot-who scored a single rostrum in the series at home in Japan in 2012-admitted that although teaming his role as Team Principle while continuing his driving career will be a “big challenge”, he is looking forward to being able to help Toyota bring “even better cars” to the track to stave off the challenge of the incoming manufacturers to the WEC and Le Mans over the next few years.

“Thank you to President Akio Toyoda, GR President Sato and TOYOTA GAZOO Racing for putting their trust in me. I will give everything to succeed in my new role, which is a big challenge and a great opportunity,” said Kobayashi.

“I look forward to fighting for the World Championship as a driver and team principal. I will bring all my experience as a race driver to my new job, and I know I have a fantastic team who will support me in my mission.

“We are preparing for a new era of Hypercar competition in WEC, when many new manufacturers will join the fight, and TOYOTA GAZOO Racing is evolving to prepare ourselves for this new challenge.

“I look forward to working alongside him to make ever-better cars. With Ryo, we welcome the next generation of endurance driver and, with the support of the team and his fellow drivers, I know he will be a big success in WEC.”