Technical Insights: How have Mercedes improved so much compared to Mexico?

The Brazilian Grand Prix, held on the historic Interlagos circuit, has rebalanced the values ​​between the two cars, and the gap of about half a second per lap in the race pace that the RB16B had shown in Mexico is completely reduced. 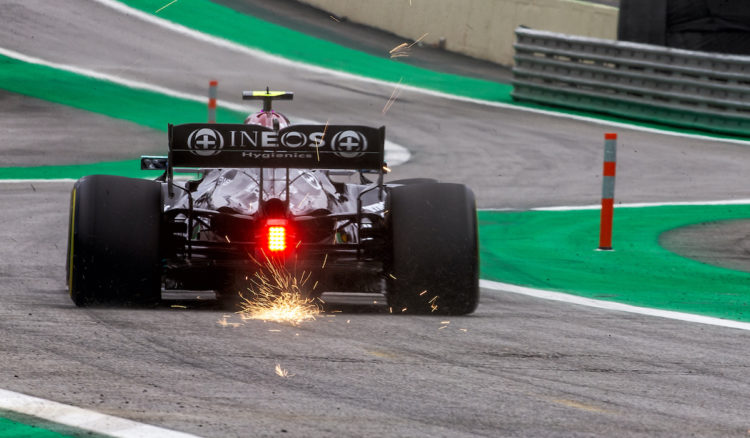 The Mexico circuit is among those tracks that, by configuration, best suit the RB16B on paper.As the season progresses, it has become clear what type of circuit their main rival, Mercedes, will and won’t go well at as the W12 is no longer considered the “perfect F1 car” like many of its predecessors.The Brazilian Grand Prix, held on the historic Interlagos circuit, has rebalanced the values ​​between the two cars, and the gap of about half a second per lap in race pace advantage that the RB16B enjoyed in Mexico has been completely wiped out.The RB16B is best suited to tracks that allow it to run the maximum incidence on the rear-wing, something that Mercedes has struggled with.Therefore rear limited tracks such as Baku, Monaco, and Mexico City enhance the RB16B and its ability to generate grip on the rear tyres and downforce through its high rake set-up.The Interlagos circuit, which is a medium-high speed circuit, puts more stress through the front axle of the cars than the rear, and that has aided Mercedes’ recovery as they enjoyed superior form in qualifying on Friday, at least on Lewis Hamilton’s side of the garage (pending an investigation into his DRS).Mercedes is much better off on medium-high-speed curves, where you need to have a stiffer set-up.From the Turn 1 Senna-chicane to Ferradura (Turn 7) it is a stretch of track where Mercedes can feel at ease, while Red Bull can make better use of its characteristics in the slow corners of the last sector.Red Bull also continues to keep an eye on the W12 for possible technical irregularities, first with the issue of the plenum of the Power Unit, then with the variable rake seen in Turkey, and in Brazil on the irregular DRS flap of Hamilton’s car.The FIA, at the end of Q3 on Friday, carried out the usual technical checks on the single-seaters, paying attention to Hamilton’s car its rear wing.The FIA ​​delegates found an irregularity regarding article 3.6.3 of the Technical Regulations, which clearly states that the distance between the main plane and the mobile flap must not exceed a gap of 85mm when DRS is activated – i.e.in the open position to reduce drag. 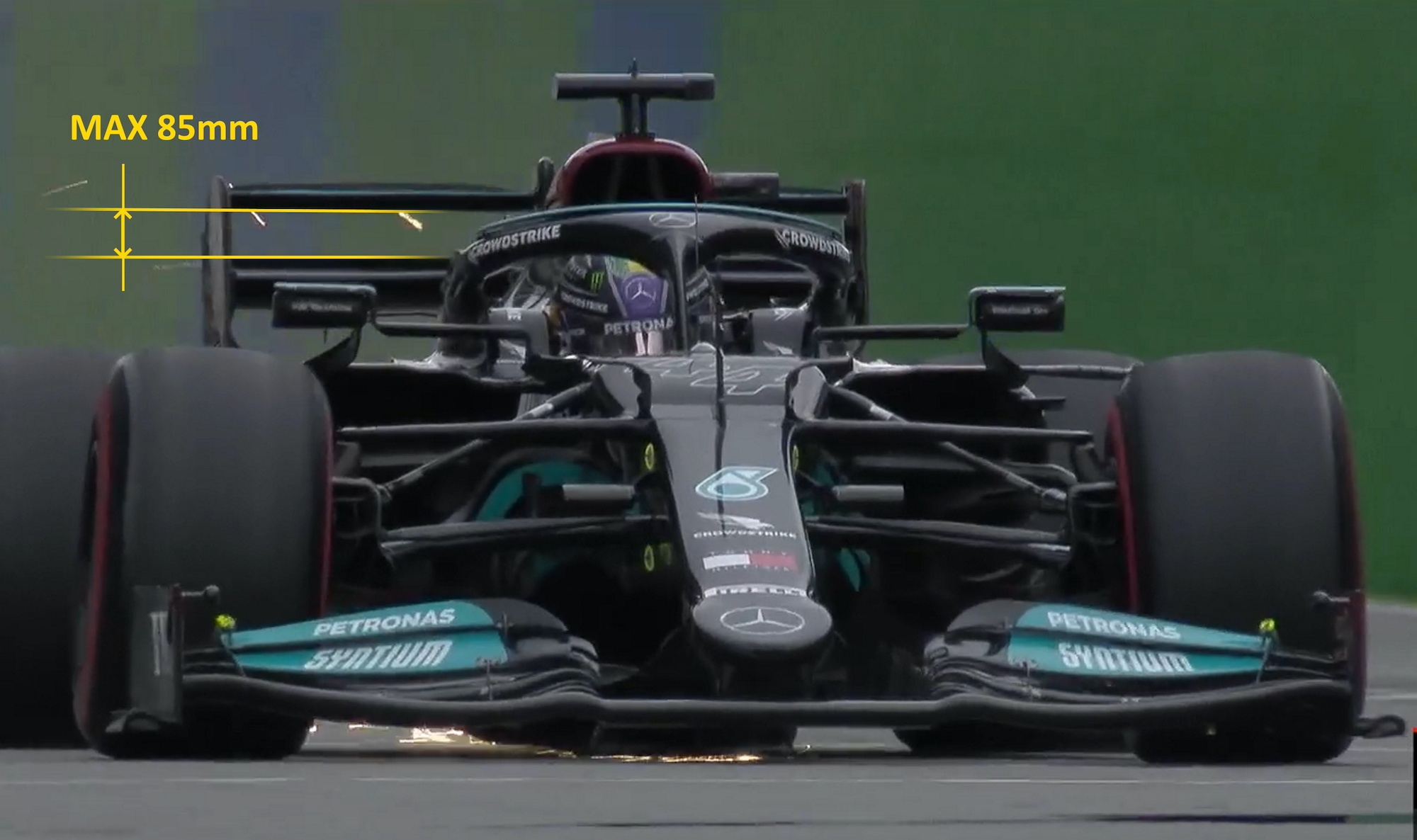 By regulation, in the event of an irregularity in the technical area, the car is disqualified from the session, which would see Hamilton starting the Sprint event from the back and Verstappen on ‘pole’.On the Power Unit front, on the other hand, Mercedes still remains a few steps ahead of its Honda-powered rival.The elevated Mexico City, which sits more than 2,000m above sea level, had little impact on Mercedes’ hybrid turbo.The issue linked to the power deficit deriving from the “miniaturised” turbo that equips the German Power Unit has not found clear evidence.Mercedes simply suffered from a lack of downforce, with thinner air due to the altitude.The Brazilian GP rises ‘just’ 800m above sea level.Although high, it’s impact will be far less than that of Mexico, where the loss of downforce on each car was about 20-30 per cent less than in conditions at sea level.The less dense air of Mexico City forced the teams to safeguard the reliability of the Power Units, which are heavily stressed both on the turbo and on the MGU-H.In Brazil, the Brackley-based team decided to mount the fifth unit of ICE (internal combustion engine) on Hamilton’s W12, which will cost the Englishman a penalty of five-positions on the starting grid for Sunday’s race.From the fifth unit onwards, the penalty positions are five and not ten, and Mercedes has decided to sacrifice these positions to have a fresh engine in the last four races of the season, to go full power.A clear sign of how Mercedes is giving everything on its strength, which is the engine, to compensate for a lack of downforce compared to Red Bull.In terms of cooling and managing engine temperatures, Red Bull worked hard in Mexico with technical innovations introduced “ad hoc”, designed for the particular conditions it had to cope with.In fact, the rear of the RB16B looked very different from what was seen in Austin, due to an engine cover with a much more open bodywork at the end, precisely to achieve maximum efficiency in cooling by extracting hot air. 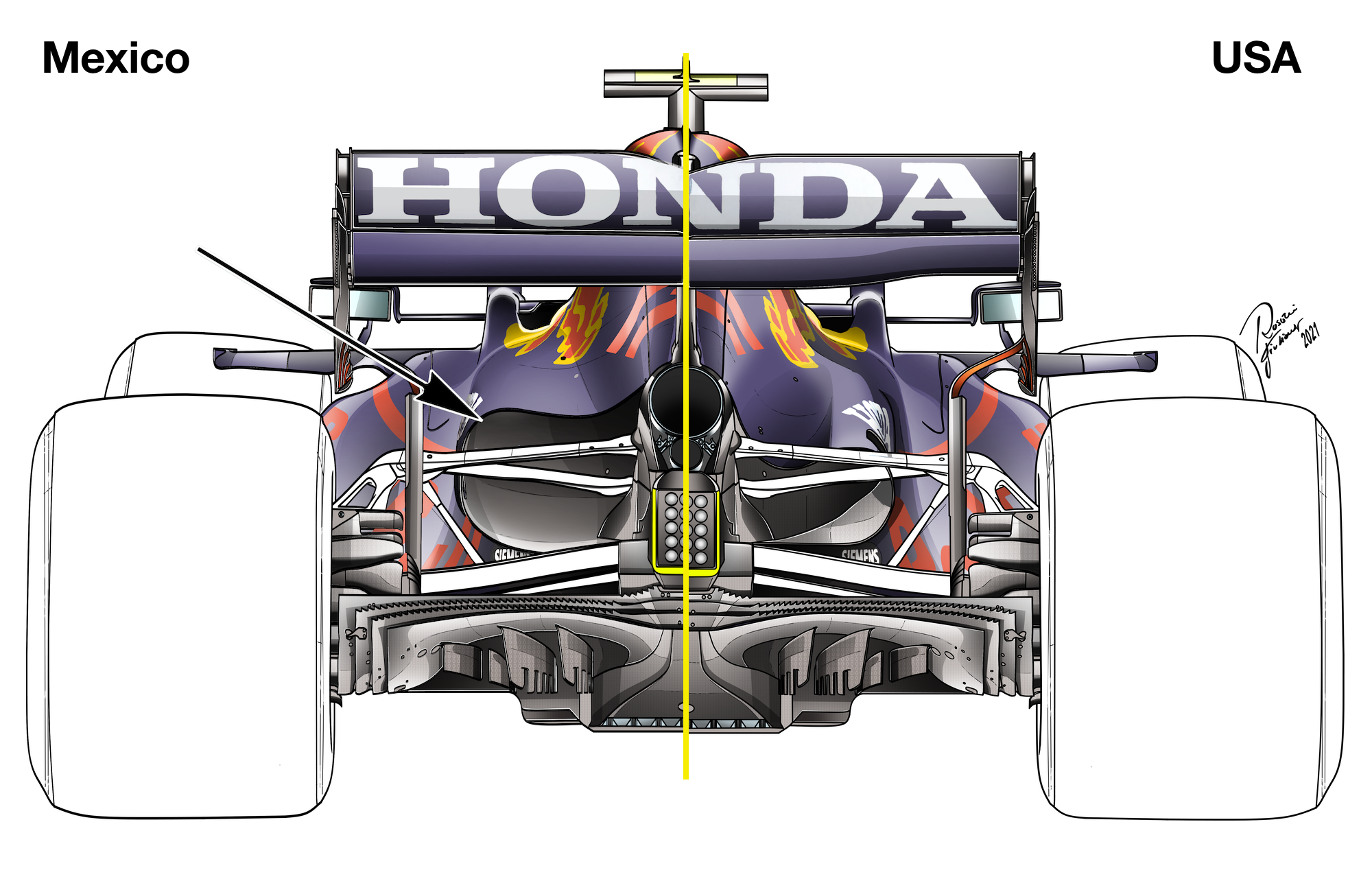 The only ones to distinguish themselves from having very large air vents in the rear part of the engine hood are those that run the Mercedes engines, which always remain very closed compared to their opponents.In the hottest stages of this year at Red Bull, however, it has always been possible to stay fairly closed in the rear, especially in relation to the Ferrari and Alpine engines.In Mexico – in addition to a mild climate – they had to cope with a lower density of air.In Brazil, temperatures were lower, and we returned to see a Red Bull more closed at the rear than in Mexico.In Brazil the team also revised the spoon rear wing on the Red Bull, which has been used a lot this year.In Mexico, the maximum downforce wing was used on the RB16B, with a horizontal profile with maximum incidence, practically only used in Monaco. 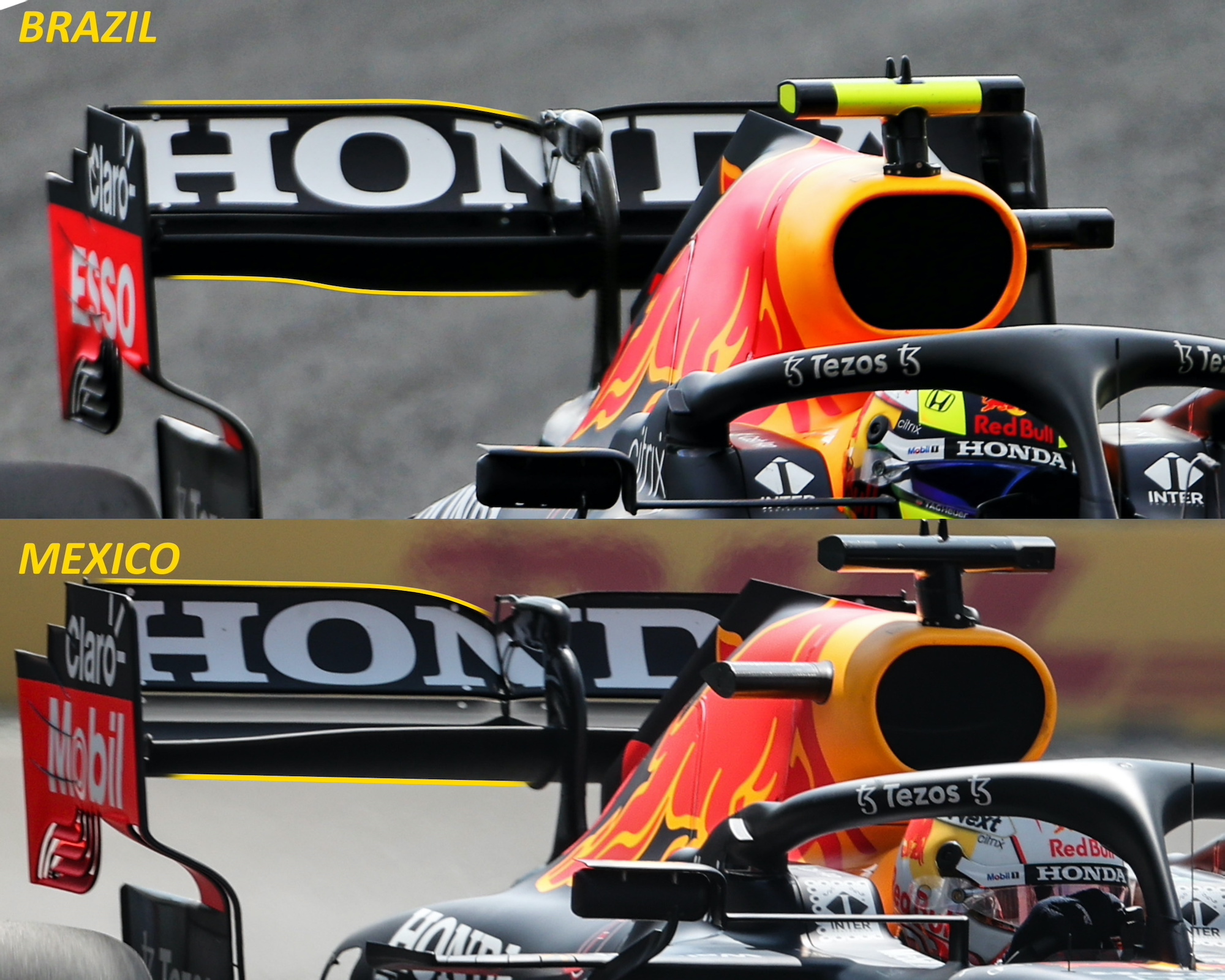 During the Mexican weekend, Christian Horner’s team also had some minor hitches with the rear wing, which suffered from structural solidity problems in the area of ​​the mobile flap and side bulkheads.The quick fixes are somewhat “homemade”, with the application of layers of carbon fibre reinforcement, also maintained in Brazil.Milton Keynes’s car proved to be more versatile this year, managing to adapt better than Mercedes to individual conditions, thus remaining slightly favoured for Brazil.As in Mexico, the teams made reference to data from two years ago, since the 2020 edition did not take place due to Covid-19.This is an important index of unpredictability, especially for the management of tyres brought by Pirelli, namely C2, C3 and C4.