Brown to make racing return in European GT4 round at Zandvoort 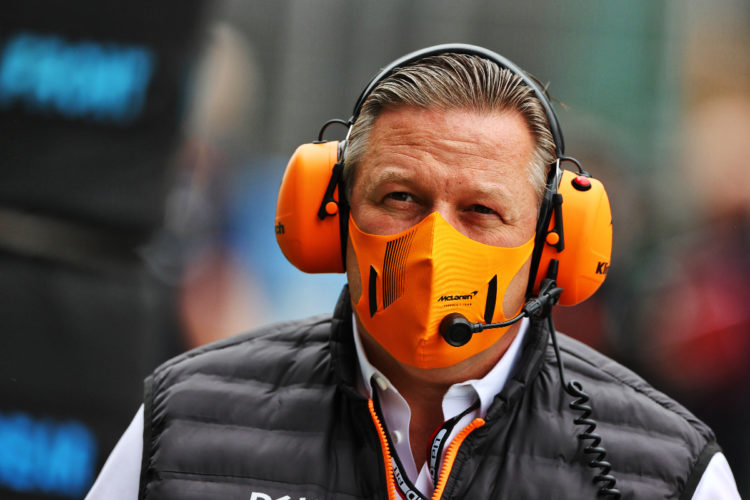 McLaren CEO Zak Brown will return to the cockpit of a GT car for the first time in nearly a decade as part of a one-off entry into the GT4 European Series round at Zandvoort.

Brown will partner his United Autosports co-owner Richard Dean behind the wheel of a McLaren 570S GT4 at the Dutch Grand Prix venue on 18-20 June.

It will mark the first time the former racer-turned-executive has competed in modern GT machinery since the 2013 British GT Championship, where he drove a McLaren MP4-12C GT3 alongside Alvaro Parente.

Since then, Brown has taken part in a number of historic racing events, but has been mostly focused on management duties, both with McLaren and United Autosports, which has since become a frontrunner in global prototype racing.

The one-off entry for Brown and Dean will race alongside the two regular entries at Zandvoort, creating a three-car entry for United Autosports. They are joining Bailey Voisin and Charlie Fagg in the #23 McLaren 570S GT4 and Gus Bowers and Dean Macdonald in the #32 car.

“I’m so excited to be getting back behind the wheel of a race car at Zandvoort,” Brown said. “I have tested with the team in our McLaren a couple of times now and I’m so ready to head to Zandvoort to see what we can do.

“It will be nice to return to modern day racing, having focused on my historic racing for the last few years.

“Of course, Charlie, Bailey, Gus and Dean are doing a fantastic job for us as our regular drivers, but Richard and I can’t wait to get back on track together.”