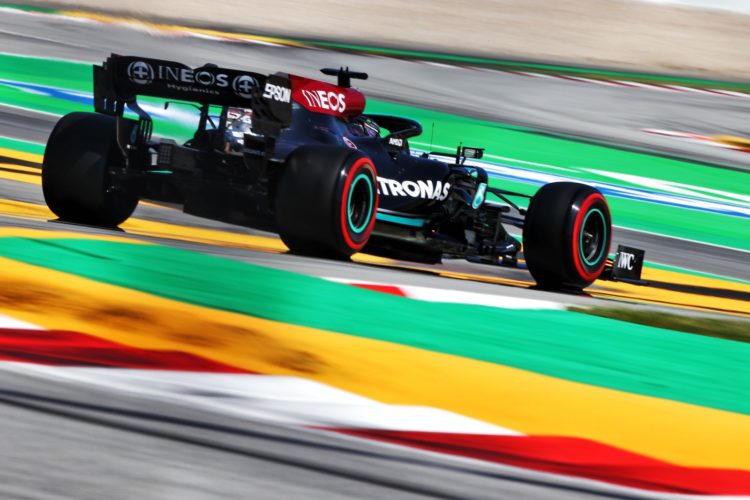 Toto Wolff’s message to Michael Masi during the Spanish Grand Prix was the first played out over Formula 1’s world feed broadcast under a new initiative from the championship.

Formula 1 has long aired select radio messages between driver and team, and vice versa, in a bid to enliven its broadcast during grand prix weekends.

During Formula 1’s Spanish Grand Prix a message was played out from Mercedes boss Wolff to Race Director Masi, accompanied by a new on-screen graphic.

It came as Lewis Hamilton, who had inherited the lead when Max Verstappen made his first stop, was approaching the soon-to-be-lapped Haas of Nikita Mazepin.

“Michael, blue flags, Michael this guy makes us lose the position,” was the message from Wolff to Masi.

Masi explained afterwards that he “very rarely hears” from Wolff via the Race Control radio system but that the playing of the message was part of a new development by Formula 1.

“One of the innovations the FIA has worked together with F1, and it came together with a discussion of the F1 Commission last year, is to hear as part of the broadcast the communication between the FIA and the teams, which is a regular part of what we do regularly,” said Masi.

“So yesterday was the first time it started. The F1 Group through their broadcast has been doing some trials in the background.

“All the teams had been advised, and this weekend is the first time it has been live to air.”

Hamilton went on to claim victory, his third of the season, to extend his advantage over Verstappen to 14 points.

Mazepin classified a twice-lapped 19th at the rear of the field.