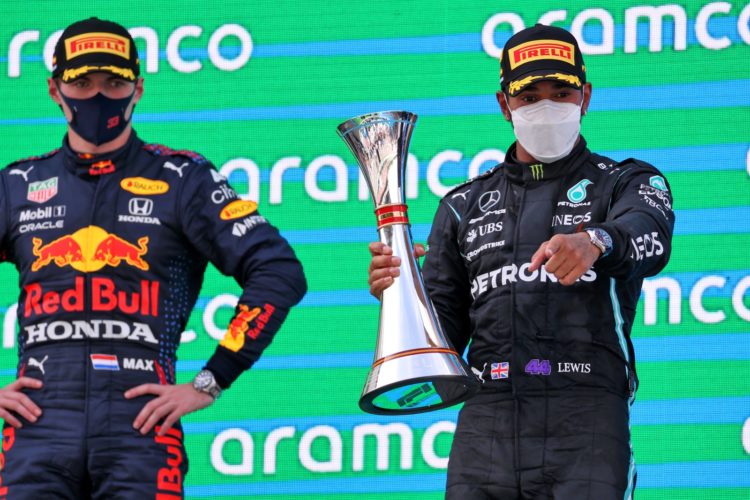 Max Verstappen says he realised early during Formula 1’s Spanish Grand Prix that he was unlikely to claim victory despite jumping Lewis Hamilton at the start.

Verstappen overtook Hamilton into Turn 1 on the opening lap at the Circuit de Barcelona-Catalunya and the duo swiftly broke clear of the pack.

Hamilton reeled in Verstappen but was unable to make a move and Mercedes duly opted to pit Hamilton for a second time, taking on fresh tyres.

Hamilton closed a 22-deficit to Verstappen and prised away the lead with six laps remaining, with Verstappen consequently coming in for fresh Softs to grab the fastest lap point.

“In a way I could see it coming,” said Verstappen. “Already at the end [of the first stints] with the Softs he was faster, then we put on the Mediums, he clearly had a lot more pace, he could stay within one second.

“There was not much we could have done. They went for another stop then I knew it was over as I was already struggling with the tyres and every lap he was getting closer and closer. I was a bit of a sitting duck.”

Verstappen conceded that the race outcome highlighted that Red Bull is “not there where we want to be” and “is a little bit slower” but was encouraged by the year-on-year gain.

“Nevertheless compared to last year it’s been a big jump forwards,” he said. “For us, of course, if we would have jumped for another stop I am not sure we would have caught up again. We were clearly lacking pace. Nevertheless, I tried everything I could.”