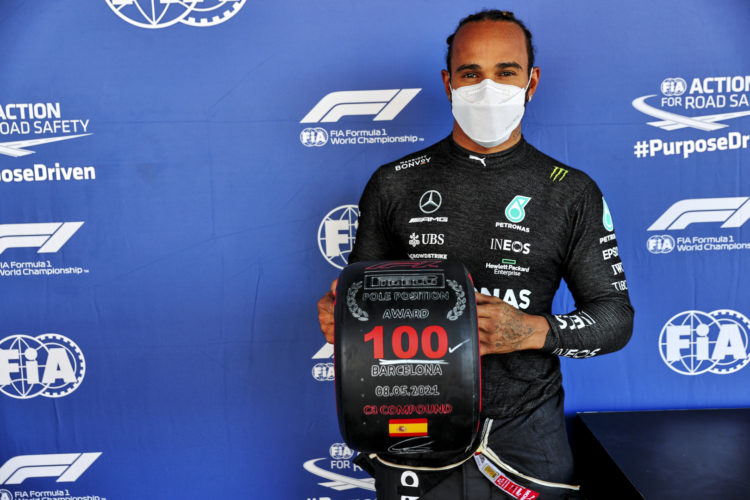 Lewis Hamilton is operating “on a never seen level” in Formula 1, according to Mercedes boss Toto Wolff, following the Briton’s 100th pole position.

It brought Hamilton his second pole position of the season but more notably moved him on to a century of pole positions in Formula 1.

“Every time I get asked the question about was this his best lap, best race… he’s just operating on this extremely unseen, never seen level,” said Wolff.

“And today again, probably the car wasn’t perfect and he just edged the other ones out and the hundred poles is incredible.”

Wolff added that trackside engineering director Andrew Shovlin worked out “if you pull all his pole laps together in a video it would last two hours – so that just shows what he has achieved.”

Wolff also countered critics of Hamilton who perceive his records at being inflated by the quality of the machinery in his hands.

“There will always be people that will see it that way,” he said.

“I think the stronger you get, the more jealousy and negativity you will encounter.

“It’s totally irrelevant what somebody else says, it’s irrelevant these things and what we think in the team, if we would listen to all the noise that’s being said out there, we would be more distracted from our job.

“I mean he’s clearly the outstanding driver. A hundred pole positions and growing as a personality on and off track, clearly there is something that he does much better than everybody else.

“He wouldn’t be a seven-time world champion if that was not the case.

“But I also think that the combination of team and driver needs to function and it has functioned over the last seven years and continues to grow strong.”