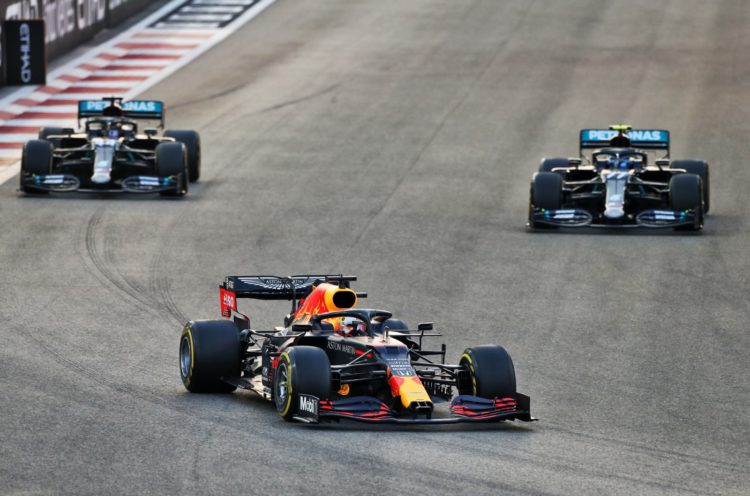 Mercedes says it became “painfully apparent” during the Abu Dhabi Grand Prix that it lacked overall pace and refused to pin its defeat on running conservative engine settings.

Red Bull’s Max Verstappen led all 55 laps of the season finale from pole position as he inflicted only a fourth defeat for Mercedes in the 17-round 2020 campaign.

Mercedes adopted a cautious approach in terms of how it operated its MGU-K in the wake of a failure for Racing Point’s Sergio Perez in Bahrain and for Williams’ George Russell during practice.

But it dismissed any suggestions that the conservative settings proved crucial in the race result.

“It’s not fully understood yet but there have been failures related to the K on the Mercedes engines in the last couple of events,” said Mercedes’ Trackside Engineering Director Andrew Shovlin.

“Rather than being acutely aware of a specific problem we were operating the power unit in a way that’s as conservative as we can be to avoid a problem.

“When you don’t understand the string of issues all you can do is be a bit cautious.

“It was a small [time loss], not an amount that’s going to determine the race result, significantly less than a tenth of a second, not the difference between first and second.”

Shovlin said Mercedes’ relative speed deficit to Red Bull at the Yas Marina Circuit – where it had been unbeaten since 2014 – came as a surprise after practice.

“We were optimistic that our race pace is normally strong, degradation normally strong, but as it unfolded it became painfully apparent we didn’t have the speed to be able to challenge, so we just sat there and finished second and third,” he said.

“It was a bit of a surprise coming into the race weekend – they [Red Bull] did a good job and we’ll look at what we could have done better.

“On Friday we looked to be in good shape and evidently from qualifying and the race we weren’t.”