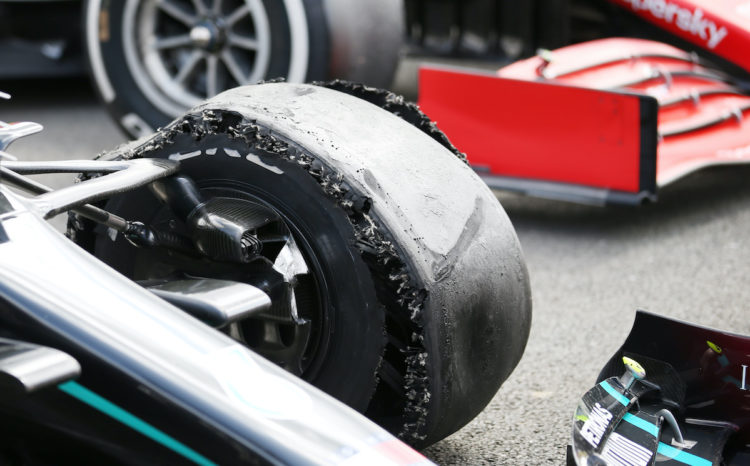 Pirelli motorsport boss Mario Isola says the official Formula 1 tyre supplier “welcomes” a move to cut downforce levels for 2021, as the sport will continue to use the same tyres for the third season in a row.

The current generation of compound, which was designed specifically for ’19 downforce levels and was meant to be updated for this year but was rejected by the teams, forced Pirelli into carrying over the current compounds.

Now with the ’21 rule changes, which included a switch to 18-inch wheels and new compounds, delayed until ’22, the same compounds will be used for the third season in a row.

In response, the FIA has moved to cut downforce levels from their current all-time highs – which led to tyre failures at the 70th Anniversary Grand Prix – and Isola says this will not only help Pirelli, but also reduce things like overheating and blistering, which are detrimental to good racing as it forces drivers into extreme tyre management.

“We have cars with the highest level of downforce we have ever seen,” Isola explained.

“Having another step in the direction of reducing the level of downforce is for sure beneficial because with more downforce – and also considering [the tyres are the same design] for three years – the only reaction from our side is to increase the pressure, then we have side effects like overheating, blistering, for example, or additional degradation.

“And if we have a change in regulations that is helping that, it’s more than welcome,” he said.

Although F1 teams must use their current cars next year, to cut downforce, the FIA has mandated changes to the design of the floor.

The floor will now run at an angle, tapering off towards the rear of the car, which will mean the detailed slots and cutouts visible on our drawing below, will no longer be present, which will cut rear-downforce levels by around ~10%. [Click here to read our analysis]