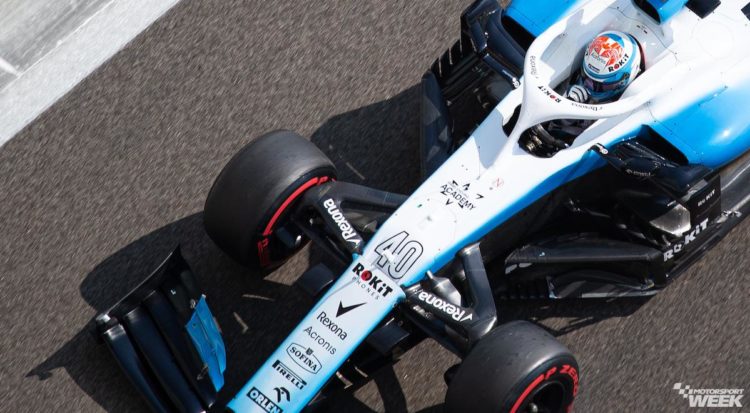 Williams has expanded its sponsorship with Canadian food manufacturer, Sofina Foods, for the 2020 Formula 1 season.

The deal comes as no surprise though, given Sofina Foods was founded by 2020 Williams F1 driver Nicholas Latifi’s father, Michael.

Michael Latifi – who is also a 10 per cent shareholder in McLaren following a £200 million investment in the group in 2018 – is also Chairman and CEO of Sofina, which has 5,000 employees across 20 facilities throughout Canada.

As part of the deal, Sofina branding will be visible on the FW43’s rear-wing, teamwear and race suits of George Russell and Latifi.

“We are pleased to announce that Sofina has continued their partnership with the team for a second year,” commented team boss Claire Williams.

“Sofina’s involvement in the sport has been extremely valuable to their long-term vision, and we are committed to helping them achieve their goals. We have thoroughly enjoyed working with them and we look forward to this continuing in the year ahead.”

Brent Quartermain, Sofina Foods Executive Vice President and Chief Commercial Officer, added: “Having a presence in Formula 1 has brought great value to our company, so it was a logical step to build on that success by increasing our involvement with Williams for the 2020 season.”

It hasn’t all been good news for the struggling team though following news that a major sponsor in Unilever-owned Rexona has reportedly cut ties with the outfit – it’s believed Rexona was the team’s second largest sponsor in terms of budget, second only to title-sponsor ROKiT.