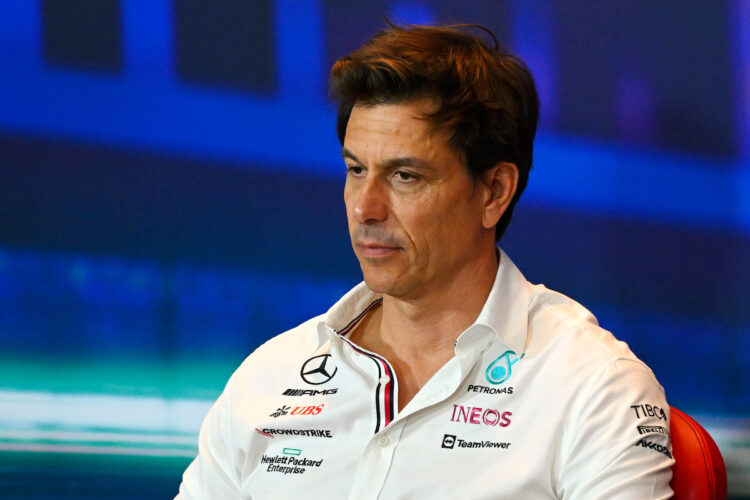 Mercedes Formula 1 Team Principal Toto Wolff has commended the impact that Formula 1 has had on the Middle East during its spell in the region.

F1 has been racing in the area since 2004, when the first Bahrain Grand Prix was held.

It has since added other nearby destinations to its schedule, including Abu Dhabi and Saudi Arabia.

Qatar has been in the spotlight in recent weeks as it hosts the FIFA World Cup, one of the biggest sporting events in the world.

However, the event has been met with criticism, as Qatar’s human rights standards have been called into question in the build-up to, and during, the tournament.

While Wolff says that he couldn’t comment on football’s impact, he remains confident that F1’s spotlight can bring about change in some countries.

“I think we were able to strive because we were one of the first global sports that races in this region when we started 10+ years ago in Bahrain,” he said.

“That can trigger change, because things can’t be hidden anymore. That’s the kind of positive a sport can do, things can be addressed.

“Is it like we want it to be? No. Is it the kind of cultural standard we set in Europe? Maybe not. But where we go and the people I speak to, I see process and I see change. That’s maybe because we are F1 and we are different.

“I see we have an impact. I can’t judge the football, I read the newspapers and the headlines. We can just try where we go to show our presence, to interact with leadership and not to hide away.