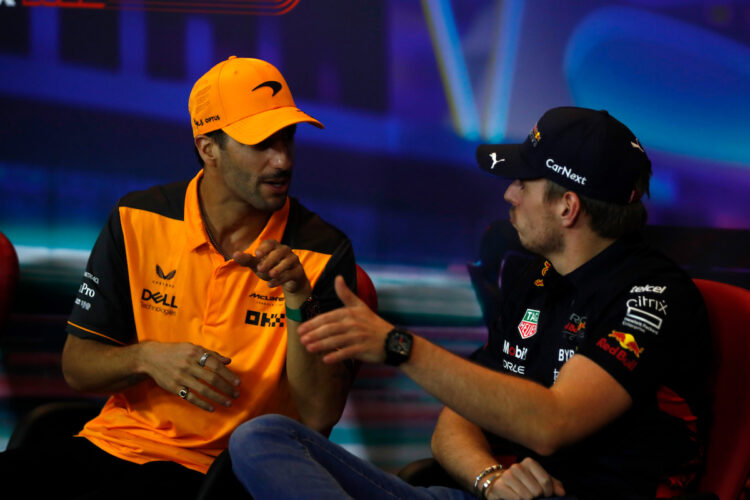 Max Verstappen says it would’ve been better for Daniel Ricciardo if he remained at Red Bull beyond the 2018 season.

Ricciardo opted to leave Red Bull at the end of 2018 to join Renault, and following two seasons at the Enstone-based squad, he linked up with McLaren.

However, his lacklustre form at McLaren has seen him depart the team one year early.

He has now returned to Red Bull for the 2023 campaign, carrying out third-driver duties.

A bulk of the Australian driver’s success came during his time at Red Bull from 2014 to 2018, where he tallied seven grand prix victories.

Verstappen admits that he had discussions with Ricciardo regarding extending his contract with the Red Bull team, who were surprised by his decision to leave.

“It would have been better for Daniel if he had stayed longer at Red Bull at the time,” Verstappen told Formule1.nl.

“I did talk to him about it. It’s also about feeling comfortable somewhere. That was no longer the case at one point.

“Then you have to look at alternatives and make the trade-off between sporting success and feeling good somewhere.

“However, I do know everyone at Red Bull had his best interests at heart. Instead of leaving, he could have talked to the team about it. But it turned out the way it did.”

Ricciardo has aimed for a return to F1 in 2024, but Verstappen admits that his difficult years at McLaren could make a recovery difficult for him.

“Now Daniel will be reserve driver with us, we don’t have to start missing his character in Formula 1,” Verstappen added. “Daniel comes across well and laughs a lot but, in the end, it’s not about the laughs it’s about the performances.

“Daniel has certainly delivered those in the past, but in F1 the rule is that you are only as good as your last race.”