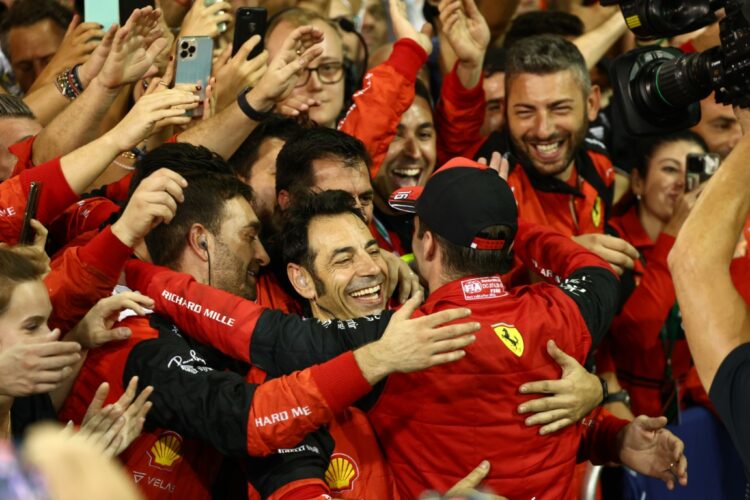 Charles Leclerc says Ferrari executed a “perfect” race in Abu Dhabi in order to ensure he finished runner-up to Max Verstappen in the 2022 Formula 1 championship.

Leclerc entered the finale level on points, but ahead on results countback, with Red Bull’s Sergio Perez, meaning whoever finished in front would seal second in the standings.

Verstappen cruised away up front, with Perez second and Leclerc third, but the two challengers adopted divergent strategies.

Perez opted for a two-stop approach while Leclerc managed a one-stopper to move ahead, and ultimately kept the Red Bull driver at bay by 1.3 seconds.

It marked Leclerc’s highest finish in the standings and the first time since 2018 that a Ferrari driver has sealed the runner-up position.

“It was really, really tricky,” said Leclerc on his race. “Especially at the end of the stint on the Hard, even though we did a really, really good management to be honest.

“It’s tricky, because when you get to the end of the race, the front-locking started to become a problem, so it was very easy to do a mistake. But at the end, we kept everything under control and managed to keep Checo behind.

“I think it was a really, really perfect execution from our side.

“I don’t think we had the pace of the Red Bulls still, and our goal from the beginning was to try and push Checo do something different, which we did perfectly.

“And again, with a great tyre management, we made the one-stop work, which eventually got us the second place.”

Leclerc finished the season with three victories and 11 podiums.