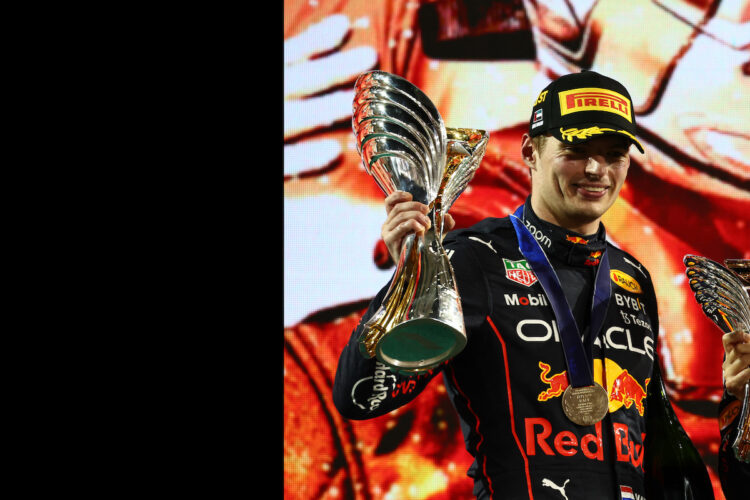 Max Verstappen finished off his second championship-winning season in style as he took a comfortable 15th victory of the season at the Yas Marina Circuit on Sunday.

Charles Leclerc took advantage of a one-stop strategy from his Ferrari team to take second from Sergio Perez, securing second place in the Drivers’ Standings.

Carlos Sainz finished fourth after an engaging battle with Lewis Hamilton, who twice swapped positions after Hamilton was told to give the position back to the Spaniard having left the track and gained an advantage on the opening lap.

The seven-time champion would later suffer a hydraulic failure, putting him out of the race in Mercedes’ first reliability-related retirement of the season.

George Russell therefore inherited fifth despite picking up a five-second penalty for an unsafe release from the Mercedes team in front of McLaren’s Lando Norris.

The McLaren driver set the fastest lap as he finished sixth, with Esteban Ocon one position back as Alpine secured fourth in the Constructors’ Championship.

Lance Stroll took eighth after passing Sebastian Vettel, who was unhappy at the one-stop strategy given to him by Aston Martin as he scored a point in his final Formula 1 race behind the second McLaren of Daniel Ricciardo.

Valtteri Bottas ended up 15th ahead of Mick Schumacher, who was penalised for hitting Nicholas Latifi, followed by team-mate Kevin Magnussen.

Latifi, in his final race, joined Hamilton on the list of retirements after stopping late on, along with Fernando Alonso, whose final race with Alpine before joining Aston Martin ended abruptly after a hydraulic failure.

Vettel took a huge ovation from the crowd after joining Verstappen, Leclerc and Perez on the pit straight to perform some doughnuts, and emotionally signed off with four world championships and 53 wins.