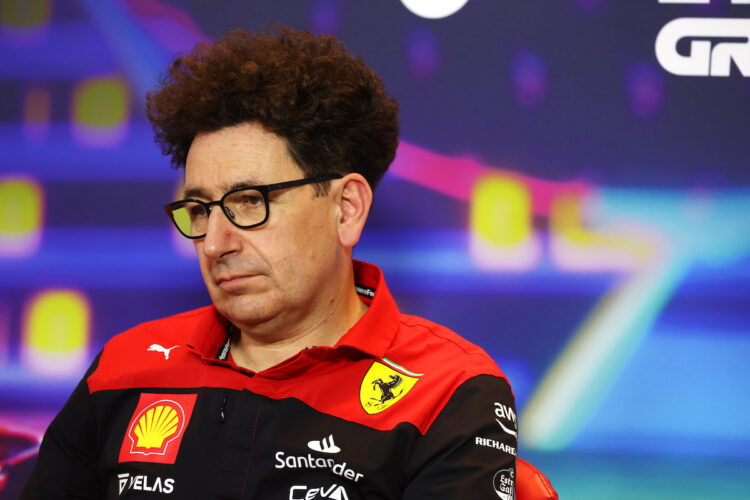 Mattia Binotto asserts that he is relaxed over his Formula 1 future despite reports that he is set to be replaced at Ferrari for 2023.

Earlier this week, La Gazzetta dello Sport reported that Binotto would vacate his Team Principal role at the Italian squad and be replaced by current Alfa Romeo boss Frederic Vasseur.

Ferrari responded to the story, stating that the claim was “totally without foundation”.

In Abu Dhabi, Binotto had his own opportunity to comment on his future, stating that he is not worried about his position.

“Obviously it is not down to me to decide, but I am pretty relaxed,” he said.

“The reason I am relaxed is that I am always open to open, frank discussions with my bosses, with my chairman, not only on the short-term but also the medium and long-term.”

Charles Leclerc, who has raced for Ferrari since 2019, stated that there are “always rumours” surrounding the Italian squad in F1.

Binotto mirrored Leclerc’s comments, adding that he reached out to Ferrari president John Elkann when the news regarding his future was published in the media.

“Obviously, Ferrari is the most loved team,” he said. “Seb said once that everybody is a Ferrari fan and if they are telling you it’s not the case, well as a matter of fact they are.

“When there is such a big passion around it there is also criticism and rumours. That has been true in the past, it’s the situation right now, and it will be in the future.

“Clearly, those speculations are totally with no foundations. I think for me right now what is most important is to focus on the race weekend and the team not to be distracted.

“Certainly the rumours are always there but it’s about Ferrari and more important not to be distracted by them.”