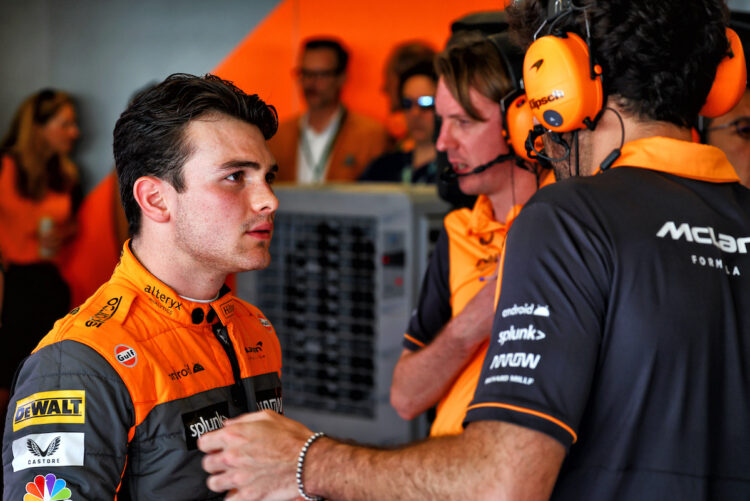 Pato O’Ward says he feared missing out on experiencing a complete Formula 1 practice session after he was hit with car issues early on during FP1 in Abu Dhabi.

O’Ward fulfilled McLaren’s second of two mandatory rookie outings this year, with the other session conducted by Alex Palou in the USA.

In the early stages of FP1 in Abu Dhabi, O’Ward reported over the radio that there was an issue with the MCL36 car, before being instructed to return to the pits in second gear.

However, he returned to the track shortly afterwards, setting 22 laps and ending up in 18th position.

The Mexican driver, who competes full-time for McLaren’s IndyCar outfit, admits he was afraid he wasn’t going to be able to return to the circuit.

“At that point I was just trying to make sure my communications to the team were clear because I was getting bounced around quite aggressively in the car,” he said.

“I don’t have much experience so I don’t know what that meant – I don’t think we knew at the time either so we just came into the box and gave it a reset and that seemed to fix whatever the issue was.

“I’m not quite sure exactly what it was, I’m assuming it was something electrical – maybe a sensor or something.

“I was definitely like ‘Ah I really hope it doesn’t get cut short’ because it was a very exciting time for me to get my first FP1 under my belt.”

O’Ward took part in the 2021 F1 post-season test with McLaren, after which he complained that he suffered through his neck.

However this time around, the 23-year-old says he took part in enough training to ensure his neck could cope with F1’s g-forces.

“Man I’ve done so much on my neck you have no idea!

“For me, I’ve always put a lot of emphasis on my physical fitness and I’ve always said I do not want that to be a limitation, but when you first step into an F1 car you don’t know what to expect.