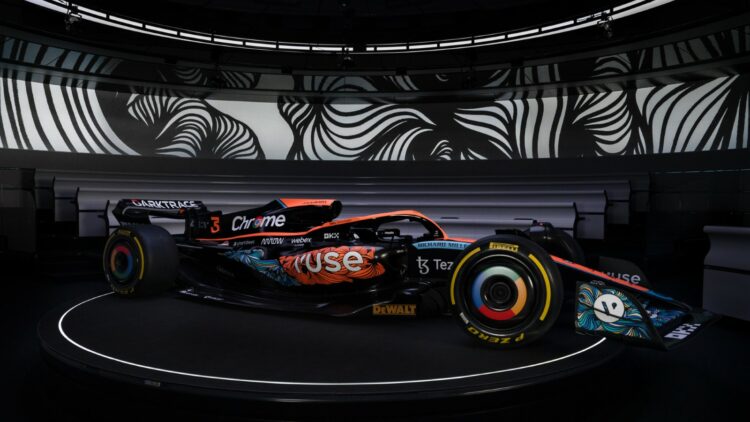 The team has collaborated with partner Vuse to continue the Driven by Change campaign that debuted in 2021, with Lebanese artist Anna Tangles designing the scheme.

It will be run on the MCL36s driven by Lando Norris and Daniel Ricciardo at the Yas Marina Circuit this weekend.

“As a lifelong F1 fan, I never believed that I would one day have my artwork showcased at a Grand Prix – and it’s all thanks to Driven by Change,” said Tangles.

“I dedicate my spare time to training and encouraging other artists, particularly other Middle Eastern female creatives, to embrace their passion and skills, and so it’s a privilege to be a part of a community that supports the same ambition of empowering underrepresented artists in this way.”

McLaren enters the weekend fifth in the Constructors’ Championship off the back of its double retirement in São Paulo.