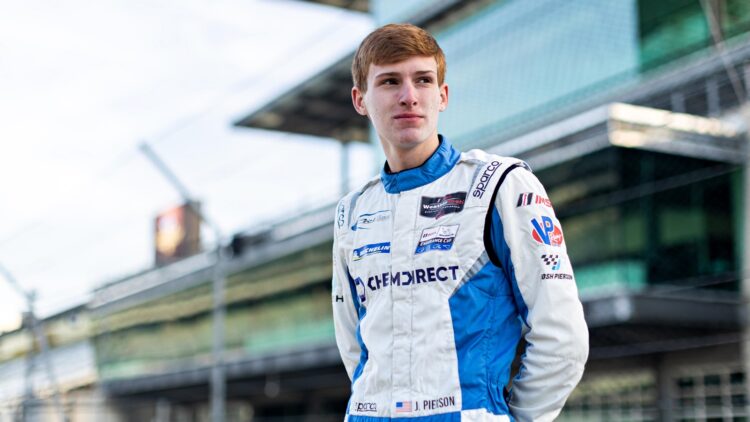 Pierson will race in Indy NXT for the next two seasons while being coached by ECR. Photo: IndyCar

Ed Carpenter Racing has launched a new driver development program to help bring young talent into its IndyCar stable, and it has already hired its first young driver.

Josh Pierson, 16, is the first driver to be part of the new program, and will be mentored by team owner Ed Carpenter as he races in the final rung of the feeder series ladder Indy NXT for the next two seasons.

The stated goal of the program is to have Pierson ready to race for ECR in IndyCar for the 2025 season, giving the team solid driver options well into the future.

As part of his development, the team will give the Oregon-native test runs in an Indy car starting as soon as next season.

“I have truly enjoyed getting to know Josh Pierson and his family,” said team owner Ed Carpenter.  “For such a young man, he has already accomplished so much in his racing career.  Along with that, he is such a well-spoken and professional person.

“I am confident with the plan that we have in place that he will develop into a complete racing driver.  We very much look forward to working with him as we finalize his path to the NTT IndyCar Series starting in 2025.”

Pierson raced in USF2000, the lowest rung of IndyCar’s feeder series, in 2020 and 2021.  He ended his time in the series by finishing fourth in the championship while competing with Pabst Racing.

He then spent last season racing LMP2 cars in IMSA and WEC, becoming the youngest-ever winner by logging a class victory at the 1000 miles of Sebring.

For next season, Pierson has used his talents to secure a ride with the formidably-large HMD Motorsports team in Indy NXT, and got his first taste of the cars in the series’ open test last month.

He will have the advantage of being coached by HMD and ECR as he contests a partial season next year, followed by a full Indy NXT championship run in 2024.

“I’m honored by the confidence Ed Carpenter has placed in me and so incredibly grateful to have a path to IndyCar with Ed Carpenter Racing,” said Pierson in the announcement. “I’ve been dreaming about racing in the NTT IndyCar Series for as long as I can remember!”

ECR will continue with its driver lineup from last season for 2023, with Rinus VeeKay and Conor Daly filling the team’s two full-time seats. Carpenter will continue to run the season’s oval events, as he has done for the past nine seasons. 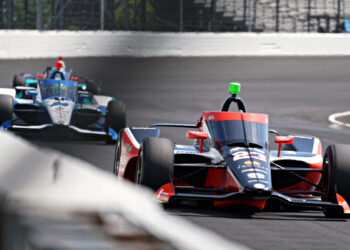