Perez fumes at Verstappen: ‘It shows who he really is!’ 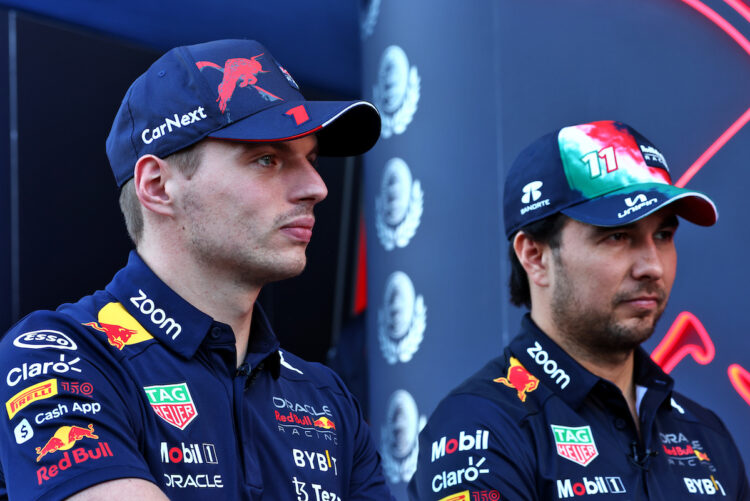 Sergio Perez has called out Red Bull team-mate Max Verstappen, after the Dutchman was asked to give a position back to the Mexican at the end of the Brazilian Grand Prix, but refused to do so.

Perez was sixth with just a handful of laps remaining, but Verstappen, on fresher tyres, was waved past his team-mate in order for him to attack Fernando Alonso for fifth place. However the two-time Formula 1 world champion was unable to do so, and was told to then give the position back to Perez as agreed beforehand.

Verstappen crossed the line in sixth, with Perez seventh, after refusing the team’s order to swap positions back.

“Max, if we don’t pass Fernando on the exit of 12, can we let Checo through, please. Let Checo back through,” was the radio message from his engineer, Gianpiero Lambiase.

“I told you already last time guys, don’t ask that again of me, okay. Are we clear about that? I gave my reasons and I stand by it,” came Verstappen’s angry response.

Perez was left fuming with his team-mate, forcing team principal Christian Horner to step in on team radio: “Thank you for that guys. Thank you,” said Perez.

“Yeah. It shows who he really is,” came Perez’s scathing remark.

His race engineer, Hugh Bird, then added: “Don’t know what to say, Checo.”

Perez is fighting for the runner up position in the championship, but has now dropped to third behind Charles Leclerc – although tied on points – as a result of Verstappen failing to give the place up.