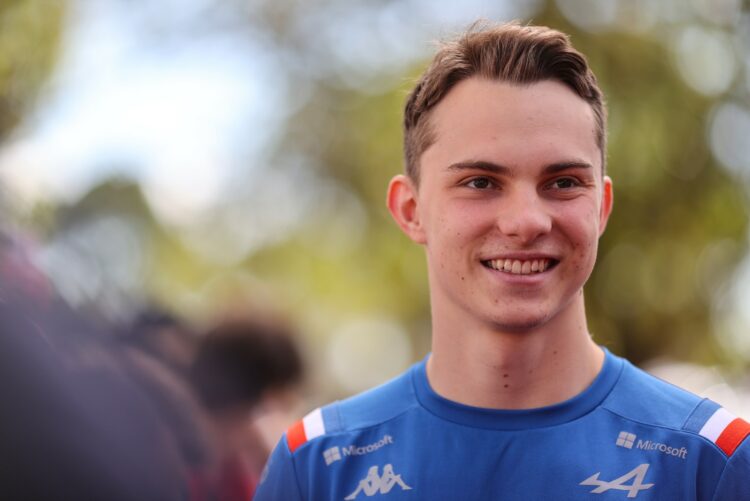 Oscar Piastri will be released by Alpine in order to carry out Formula 1 test duties with McLaren in Abu Dhabi.

Long-term Alpine junior Piastri, last season’s Formula 2 champion, was the subject of a contractual dispute earlier this year after he rejected the team’s confirmation of his status as a 2023 race driver.

It emerged that Alpine had wanted to place Piastri at Williams, anticipating that Fernando Alonso would stay on, and instead the Australian youngster signed a multi-year deal with McLaren.

Formula 1’s Contract Recognition Board eventually sided with McLaren but Piastri has remained contracted to Alpine through 2022, though has been factory-based and not attended grands prix since the summer break.

Formula 1 is staying on for a one-day test on Tuesday (November 22) at the Yas Marina Circuit.

Traditionally drivers remain under contract through December 31 but typically those switching teams are given approval to link up early with their new employers.

Despite the initial animosity surrounding Piastri’s move he has been given the green light to test for McLaren in Abu Dhabi, enabling him to experience the 2022-spec MCL36.

It was confirmed on Saturday that Piastri was last week permitted to undertake a private test in McLaren’s 2021-spec MCL35M at Paul Ricard.

“I can confirm in the end we reached a settlement agreement which enabled us to put Oscar in our car last week in Paul Ricard and do a private test,” said McLaren boss Andreas Seidl.

Added Alpine boss Otmar Szafnauer: “The season’s nearly at the end and it was time to come to an agreement and we did, and we’re happy that Oscar can start his McLaren career after the last race and do the test.”