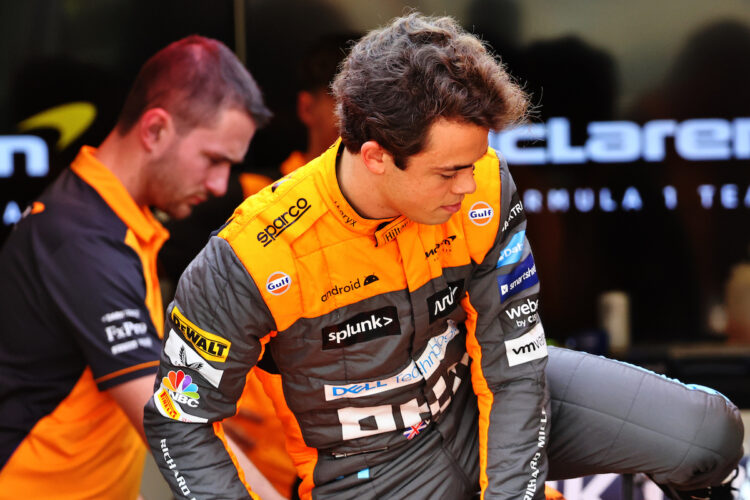 McLaren is preparing Nyck de Vries at the Interlagos Circuit in case it needs a replacement for Lando Norris this weekend.

Norris sat out media duties on Thursday, remaining in his hotel room with a suspected case of food poisoning.

Although McLaren expects Norris to return to action on Friday when the on-track action gets underway, it has a plan in place to protect itself in the case that his illness proves to be more severe than initially thought.

The Dutchman drove impressively for the team at the Italian Grand Prix, crossing the line in ninth place on his F1 debut.

The outing accelerated his chances of a full-time F1 seat, before signing a deal to race for AlphaTauri alongside Yuki Tsunoda in 2023.

Should de Vries be called upon by McLaren, it would be the fifth F1 team that he has driven for this year.

As well as his race outing with Williams, he also drove for the team during FP1 in Spain, while also having practice outings with Mercedes in France and Mexico, as well as Aston Martin in Italy.

He also took part in a private test for Alpine in Budapest as the team evaluated its potential driver line-up for 2023.