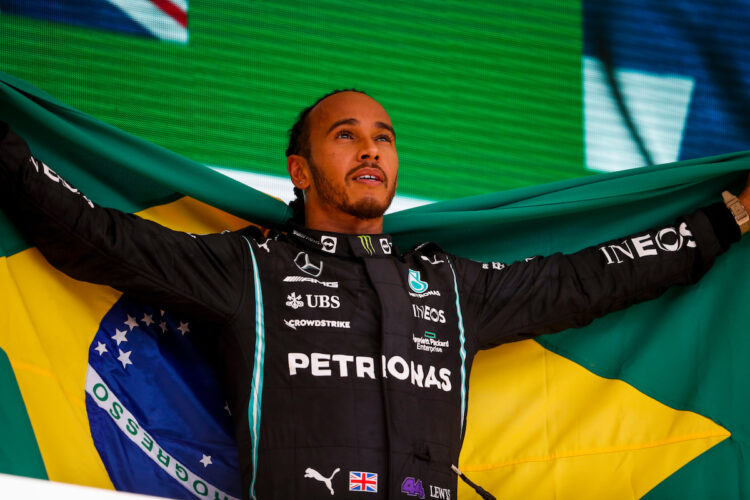 Ahead of this weekend’s Sao Paulo Grand Prix, Lewis Hamilton has been made an honorary citizen of Brazil.

Hamilton was present at Brazil’s Congress chamber in Brasilia on Monday to receive the citizenship, with a number of fans in attendance.

The seven-time World Champion has long held a love for the South American country, with his racing hero Ayrton Senna, who died in 1994, hailing from Sao Paulo.

Last year, following his impressive display that saw him recover from the back of the field to the win across the Sprint and Sunday’s grand prix, he hoisted the Brazilian flag on the podium.

It was after the dominant drive in 2021 that Congressman Andre Figueiredo proposed that Hamilton should receive Brazilian citizenship.

“It is honestly the greatest honour for me to be here receiving and accepting the citizenship,” said Hamilton.

“I really do feel like now I’m one of you, finally.

“When I arrived here in 2007, the love that’s grown through the experiences we’ve had, and particularly 2021, knowing you guys would cheer me on the way was one of the most special moments of my entire life.”

Lower House Speaker Arthur Lir stated Hamilton was a “hero for all Brazilians”.

Lira added: “Brazilian role models like Senna and Hamilton make us sure that every Brazilian can overcome challenges and win the races in life. I hope you return many times to this country that is also your country now.”

Hamilton enters this weekend’s race at Interlagos with the hope that he can bring his winless run, which stretches back to almost 12 months ago, to an end.