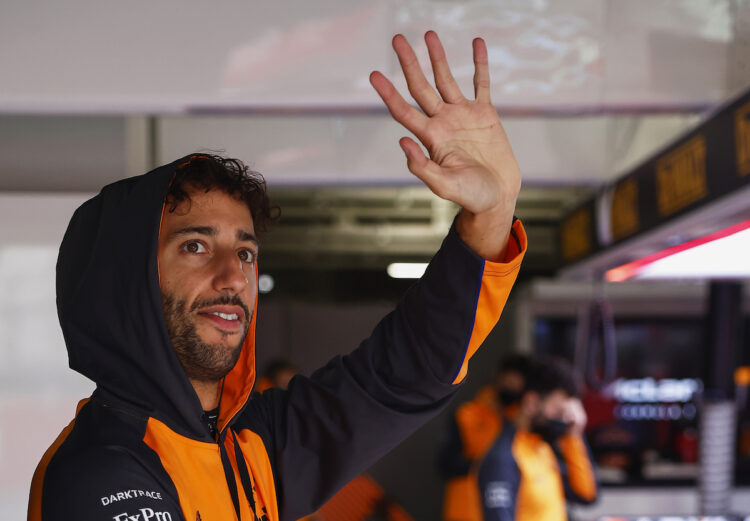 Daniel Ricciardo is in discussions with the Mercedes and Red Bull Formula 1 teams regarding a reserve driver role for the 2023 season.

The Australian has already confirmed that he will not be racing in the series next year, opting to part ways with McLaren one year before his contract was originally set to end.

Ricciardo has struggled for form since joining McLaren last year, and will be replaced at the team by rookie and compatriot Oscar Piastri.

He has set the aim of returning to the grid in 2024, believing that he will benefit from a year on the sidelines, assisting a team through simulator and development work.

“For us, we very much like him, he’s a great character but we are not in a position yet who is going to be our third driver.”

Both Lewis Hamilton and George Russell have welcomed the potential to work with Ricciardo at Mercedes in 2023.

Some have suggested that Ricciardo is eying up a third driver role at Mercedes in the hope that he could replace Lewis Hamilton in 2024, if the seven-time World Champion opted to retire.

However, Hamilton recently asserted that he would sign a new deal with Mercedes to take him beyond the end of his current deal, which expires next year.

But Ricciardo says that Hamilton’s situation isn’t factoring into his decision for the future.

“The truth is I want him [Hamilton] to stay in the sport,” Ricciardo said.

“He’s one of the greatest ever to do it and I think competing with him, going wheel to wheel with him is fun, it’s awesome, it’s normally at the pointy end so I certainly wish to do that more in the future.

“And that’s where it currently lies. So I think my future will be, let’s say, I don’t think it’s relative to what others do.

“I think it’s, how do I say it, like opportunities will arise when they do, but I’m not banking on anyone doing something so I can find my way.

“I want to take the time necessary, let’s say, keep a little bit of distance to the sport and let’s say rebuild myself, but then yeah, if something makes sense in ‘24, come back with a vengeance and have some fun and hopefully race at the front.”