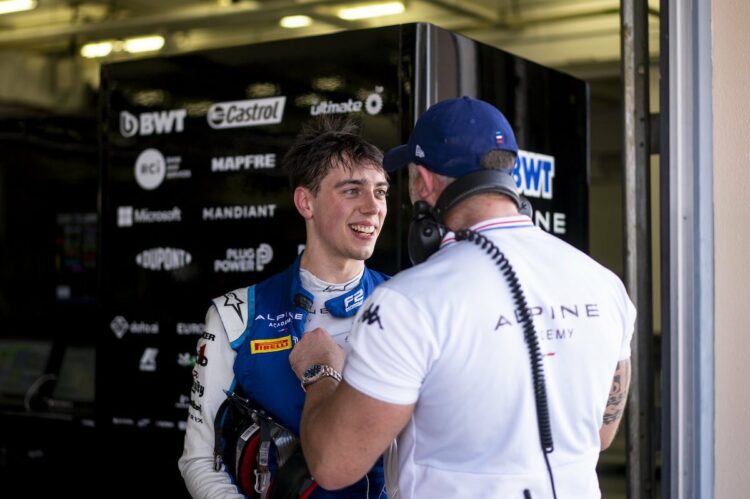 Olli Caldwell took part in a private test with Alpine last weekend, completing over 100 laps at the Bahrain International Circuit.

Caldwell joined Alpine’s junior academy at the start of the 2022 season, and is currently competing full-time in the FIA Formula 2 Championship with Campos Racing.

The Briton drove Alpine 2021 F1 car, which delivered the team a podium at the Qatar Grand Prix last year.

The test in Bahrain followed up an outing that Caldwell had earlier this season at Silverstone.

“It’s been such an awesome experience to be back driving the A521 here in Bahrain, at a great track with great weather,” Caldwell said.

“The car is incredible and has left me speechless once again. We did over 520 km today so I got some great mileage, running through a lot of quali and race simulations and restarts as well.

“Being back in the car, I definitely was feeling a lot more at home this time round, getting used to the speed on and the feeling of the car compared to Silverstone where it was all very new.

“I have to give a massive thanks to BWT Alpine F1 Team, everyone here for their effort and support, and for their trust in allowing me to drive and take part in such a special day.”‍

Caldwell has endured a challenging 2022 campaign in F2, scoring two top-10 finishes across the year.

He was forced to sit out the round at Spa-Francorchamps in August after accumulating too many penalty points on his Super Licence. 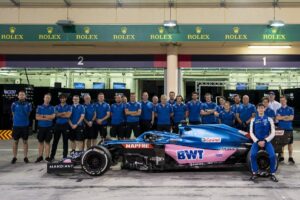