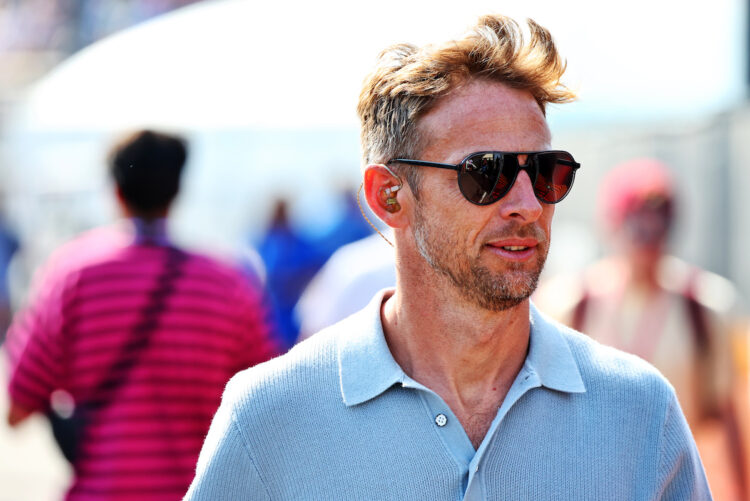 Mercedes has struggled for form in 2022, having won every Constructors’ Championship on offer from 2014 to 2021.

It has shown strong pace at a handful of races this season, and has had a much more competitive second half to the year compared to the opening stages.

Last time out at the Mexico City Grand Prix, Lewis Hamilton and George Russell finished in second and fourth respectively.

Currently sitting third in the Constructors’ standings, Mercedes is on course to have its first winless campaign in F1 since 2011, unless it can take victory in Brazil or Abu Dhabi.

But speaking to Sky Sports F1’s Any Driven Monday programme, Button feels that its best opportunity to win passed by in Mexico.

“I think Mexico was a great circuit for them to challenge and they did, and they were so close to getting pole position – Lewis had an issue, George made a bit of a mistake going into the stadium section on his last run,” said Button.

“So getting one over Red Bull in qualifying would have been a nice step, especially if both of them had been able to do that, and then they could have had a very different race.

“But the Mercedes doesn’t have the straight-line speed, whether it’s engine power or if it’s just efficiency of the way they have designed their car with downforce, so when they run high downforce it’s a bit of an issue.

“I think Abu Dhabi in terms of the circuit, the mechanical grip you need, they do have that in the car. But the problem is you exit hairpins onto a long straight, which will hurt them.

“It will be tricky for them to fight for a victory. Smoother circuits, again, are best for them because they can get the car even lower and get that downforce package really working with the ground-effect.

“So there is definitely hope, but I think Mexico was probably their best chance. But they will be in the mix, definitely, over the next couple [of races].”

Should Hamilton fail to take a win at the final two rounds, it would mark his first winless season in F1.