Aston Martin ‘has to be aggressive’ with 2023 car design 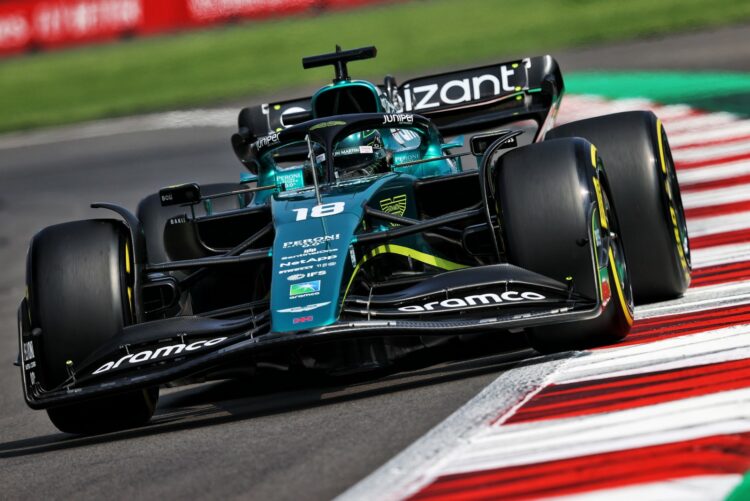 Aston Martin says it “has to be aggressive” with the design of its 2023 Formula 1 car as it bids to move up the order.

Aston Martin endured a fraught start to the new-for-2022 regulations amid a flawed concept and introduced a heavily overhauled car in Spain.

Since then it has clawed its way up the championship order and is in the fight for sixth in the standings, only four points behind Alfa Romeo, having been last after the opening trio of rounds.

Aston Martin has recruited heavily since Lawrence Stroll’s mid-2018 takeover, most notably the acquisition of Dan Fallows from Red Bull and Eric Blandin from Mercedes, while Fernando Alonso will replace Sebastian Vettel in its driver line-up.

“We want to get to the front of the midfield pack and then start charging ahead – to do that, we’ve got to be aggressive,” said Performance Director Tom McCullough.

“We tried to be aggressive as we could this year, but with the budget cap and resources available this has been difficult. There are parts that we would love to have made. The front wing, for example, is largely the same as the one with which we started the year.

“There’s so much we could have done, but we couldn’t afford to within the budget cap – especially after the significant changes we made to car in Barcelona. The formula has changed somewhat.

“For 2023, we’ve got to put all our ideas and learnings from this year together to deliver a significantly better car. It’s all relative though, as every other team will be doing the same.

“We think the path we’re now on is the right one, and we’ll be able to iterate our 2023 car to consistently deliver more performance rather than having to change concept mid-season.

“All the new members of the team have bedded in well – lots of new ideas are flowing – and they’re complementing the skills and experience of existing team members.

“And, crucially, everyone is pushing in the same direction. There’s been no ‘which way do we go?’ We know the direction we need to go. We’ve kept our heads down and pulled together to make steps forward with the car during the season and ensure we’re on the right path for 2023.”