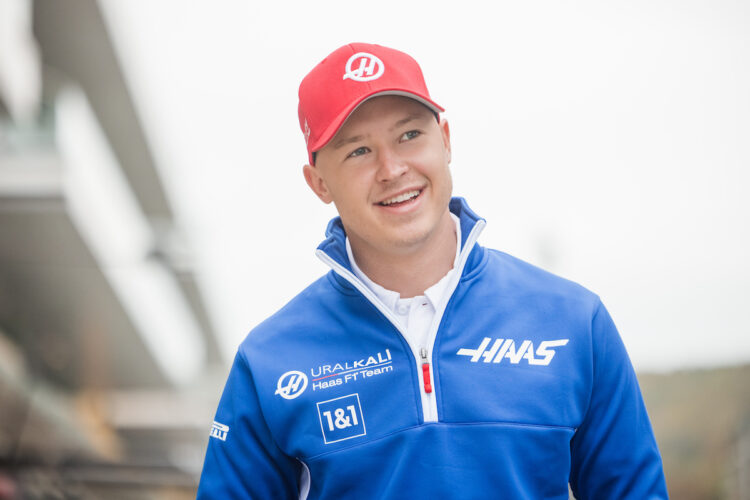 Ex-Formula 1 driver Nikita Mazepin has launched a new career outside of motorsport, following his departure from Haas earlier this year.

Posting recently on Instagram, Mazepin announced that he had started his own events company, called ‘The Ninety Nine Events’.

The Russian posted a picture of himself attending and DJing at a recent party.

Mazepin was dropped from Haas prior to the start of the 2022 season, following Russia’s invasion of Ukraine.

“This year I had to say goodbye to Formula 1 for a while,” Mazepin said. “But in order to open myself up to something else, it is important to come to terms with setbacks and troubles.

“If one way of expressing oneself is closed, you have to look for another.

“This is the first time I appear before you in this role. It’s cool that you can discover new sides of yourself and find opportunities for development in your own projects.”

Mazepin endured one season in F1 in 2021, the majority of which was spent competing at the rear of the field with Haas’ uncompetitive VF-21 car.

The team was sponsored by Russian potash fertiliser company Uralkali, but Haas dropped both the sponsor and Mazepin after Ukraine was invaded by Russia and sanctions were placed on the country.

“People cannot be condemned,” he told Ria Novosti earlier this year. “We are athletes and everyone has their own choices, which must be respected.

“[Konstantin] Zhiltsov is not the only one, Robert Shwartzman [Ferrari reserve driver] did the same – there is a question of personal considerations.

“Whether you want to give up your country for sport and it is more important for you or not, everyone chooses for himself. But I will not do it.”