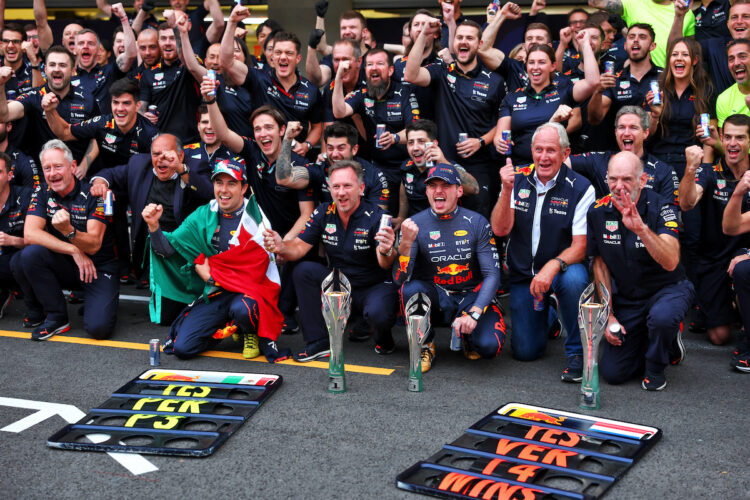 Last month, the FIA revealed that Red Bull had breached last year’s $145 million cap by £1.4m, a figure which would’ve been reduced significantly had a tax credit been appropriately applied.

The energy drink squad was the only team to be found guilty of being in a “minor” spending breach, while Williams and Aston Martin fell under the category of a less severe “procedural” breach.

Red Bull was fined $7m and will have reduced aerodynamic testing time in 2023 – but Hakkinen believes that it won’t necessarily be the punishment that will scare teams off in the future.

“The first thing to say is that I am glad this matter is now closed and the FIA’s penalty accepted by Red Bull,” Hakkinen wrote in his Unibet column.

“With technical and sporting regulations you generally have a clear decision, for example if the car is under the weight limit or a driver goes outside the track limits, but with the financial regulations there was always likely to be a grey area.

“I think that is why everyone accepted two levels to breaking the budget cap – a minor or major overspend. The FIA recognised that there could be various levels of overspend and reasons for doing so.”

“Red Bull’s penalty for the minor overspend is still significant. Far more than the financial or aerodynamic penalty, it has been an uncomfortable experience for the team.

“The good thing is that no team will want to risk repeating this next year, so although it has been a very difficult and controversial moment for Red Bull, I believe it will benefit F1 in the long term because every team boss will be determined not to have this kind of negative publicity in future.”

The controversy arose for Red Bull in a season in which it has been dominant, taking the Drivers’ and Constructors’ Championships with a number of rounds to spare.

Last time out in Mexico, Max Verstappen took his 14th win of the campaign, setting a new record for the most wins in a single season.

“It has been an incredible season for Max and the Red Bull team,” said Hakkinen. “They are in that perfect position of having total confidence in themselves, their car and race strategy.

“In the early part of the [Mexico] race Max managed to protect his soft compound tyres in spite of Lewis pushing hard in 2nd position, and when he then switched to mediums you could see that Mercedes’ selection of hard tyres for Lewis was too conservative.

“Basically Mercedes’ drivers were on tyres which were one compound too hard throughout the race, while Red Bull got it just right.”

“To win 14 Grands Prix in one season is crazy, something we have never seen before. It’s a fantastic achievement for Max and his team – and they can easily add to that in Brazil and Abu Dhabi.

“When you look at Sergio Perez’s result, finishing 3rd, it shows how tight the margins really are. Max is on a different level.”