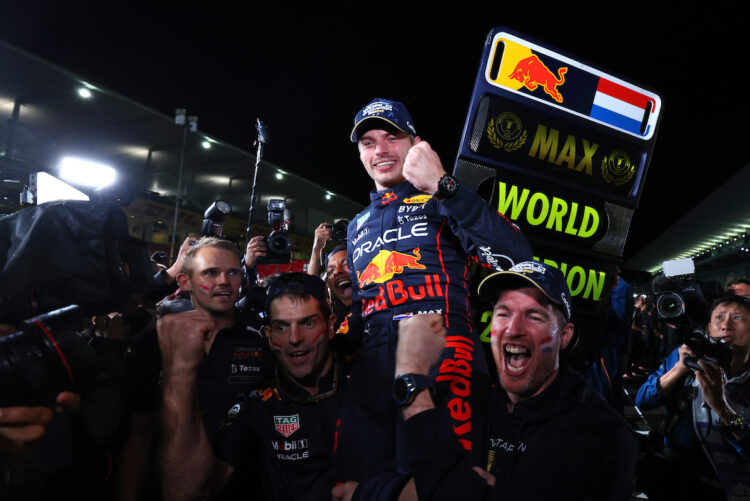 Since joining the energy drink-backed squad in 2016, Verstappen has enjoyed success with the team, particularly across the last two years.

The Dutchman has dominated the 2022 Formula 1 season, clinching the World Championship with a handful of races remaining in the campaign.

Grosjean, who spent a number of years in F1 alongside Verstappen, says he admires Verstappen for how he has conducted himself on the track over the last number of seasons.

“We already knew that Max is an extremely talented driver, but I think his first world title has given him a lot more confidence and calmness while racing,” said Grosjean on the Sky Sports show Any Driven Monday.

“Since he’s World Champion he just more at peace, he just drives the way he does drive, which is a very engaged way of driving that I love and admire.

“They are dominating hard this year. Hopefully Red Bull will have a bit more trouble in the future with teams like Ferrari and Mercedes, because as much as it is fun for Max, it is not good for the show if only one car wins every time.”

Verstappen made his F1 debut in 2015 with Toro Rosso, just one year after making his single-seater debut.

On-track incidents were more prominent during his early years on the grid, and due to his lack of junior category racing, he was forced to learn to fine-tune his driving in F1.

“It is something Max has learned over the years,” commented Grosjean. “He went through the junior classes very quickly and entered F1 super early.