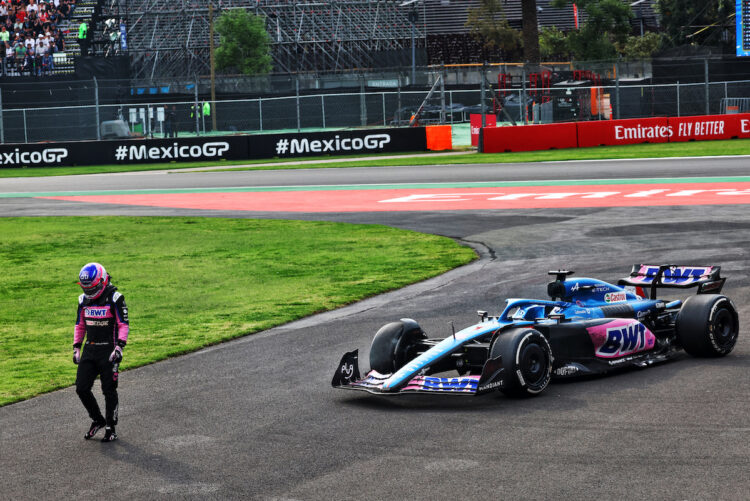 Fernando Alonso says that bad luck is not the reason for his lack of reliability throughout the 2022 Formula 1 season.

Alonso suffered yet another mechanical problem at the Mexico City Grand Prix on Sunday when he appeared to be on course for a top-10 finish.

The Spaniard has often spoken about the number of points that he has lost this year due to his car having a fault prior to the chequered flag.

Alonso retired from the race in Saudi Arabia with an issue, while he was also forced early into the Alpine garage at the recent races in Italy and Singapore.

He has also had problems in Australia during qualifying and in Austria where he was unable to start the Sprint Race.

“It’s just amazing that only one or two cars retire at every race, and there is always car 14,” said Alonso.

“I blew up five engines this year, I think. The problem in the qualifying in Australia, in Austria, I didn’t even start the race because of the blackout.

“So I think in 19 races, more or less 50 per cent of the races, we haven’t scored the points we deserve. But there’s nothing we can do now.“

When asked if bad luck was responsible for his reliability concerns, Alonso replied: “No, I think we are unprepared.

“The engine cannot finish the races. It cannot be bad luck when you have to change six or seven engines as we did, and were still not finishing races.

“I think they have some job to do over the winter, hopefully not too much.”

Alonso has previously labelled his 2022 campaign as one of the strongest of his career, alongside the 2012 season with Ferrari.

However, he currently sits 11 points behind team-mate Esteban Ocon in the Drivers’ standings.

“My level is very high at this point of the season, and the standings at the end of the year will be one of the lowest,” Alonso said.

“It’s a little bit frustrating, but there’s nothing I can do.”