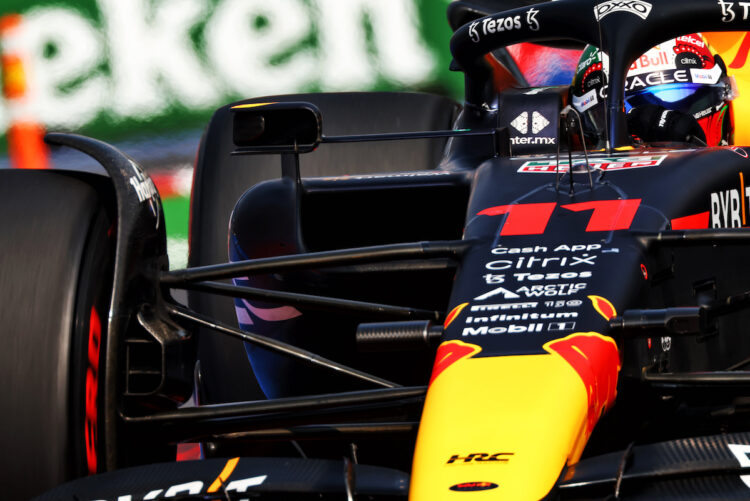 Sergio Perez has described his qualifying session at the Mexico City Grand Prix as “a total mess” following his run to fourth place.

Perez endured issues throughout the session, sprouting from an electrical problem within the car that impacted areas such as his brake balance and lap time reference.

The Mexican driver has received huge support at the Autodromo Hermanos Rodriquez this weekend, and will start the grand prix on Sunday behind team-mate Max Verstappen, as well as the Mercedes duo of George Russell and Lewis Hamilton.

Reflecting on the session, Perez states that it was far from a smooth outing: “It was a mess; a total mess.

“We had this electrical issue from the beginning, but if I look back at my qualifying, I was nearly knocked out in Q1, nearly in Q2, I had no reference to progress, I had no lap times.

“Sometimes I could not figure out where I was with my brake balance either. So, it was a total mess, but in the end I think fourth is not the worst position.

“But I think certainly we could have been quite a lot higher than where we are.”

Perez also had issues with his DRS in the early stages of the session, which he says were linked to the electrical problems that he faced.

“It was all to do with the electrical issue that we had throughout the qualifying, so basically I had no reference with lap times and so on,” he said.

“It came back. The only thing that didn’t come back was my electrical. The team is confident that they can sort that out.”

Perez believes that he had potential to challenge for positions further up the grid, with team-mate Verstappen clinching pole position for Red Bull.

When asked if the issues hurt more due to them happening at his home race, Perez said: “Obviously, yes.

“Obviously if there’s a qualifying session that you want to have everything perfect, it’s this one, especially given how close we were to pole. I think certainly we could have progressed much more than what we did.”