ESPN could add Ricciardo to broadcast team for 2023 F1 season 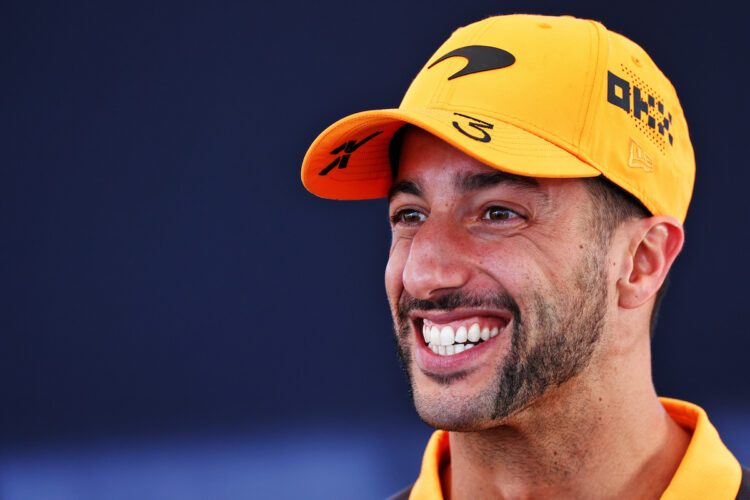 Daniel Ricciardo could dip his toes into the world of Formula 1 broadcasting, with ESPN considering inviting him to its team for the 2023 season.

Ricciardo is set to step back from full-time racing next season, and is likely to take on a third driver role with a team on the grid with the hope of returning in 2024.

Despite a race seat currently being available at the Haas F1 team, the Australian has ruled himself out of replacing Mick Schumacher at the US-owned squad for next year.

The Australian has opted to conclude his contract with McLaren one season early amid a run of underwhelming performances.

According to RACER, ESPN is looking to add Ricciardo to its line-up for next year to provide US fans with a new perspective on the sport.

“He’s obviously a tremendous personality that really resonates with the fans, especially in this country,” ESPN president of programming and original content Burke Magnus said.

“So nothing specific there, but I don’t think it’s a stretch. I have no idea what he’s interested in doing honestly, but he’s certainly got the personality for our line of work, I would say.”

“We haven’t made any firm decisions but Manningcast, for example, that we do on Monday Night Football, something like that for Formula 1 would be incredibly interesting as well – an alternate presentation above the race that could help sweep in casual fans,” he said.

“The upside in our business is always the casual fan. The avid fans are going to be there, the upside is getting more casual fans and creating avid fans of them.”

ESPN recently announced that it had extended its contract with F1 to broadcast in the US until 2025.