‘Painful is an understatement’ – Ricciardo reflects on 2022 F1 season 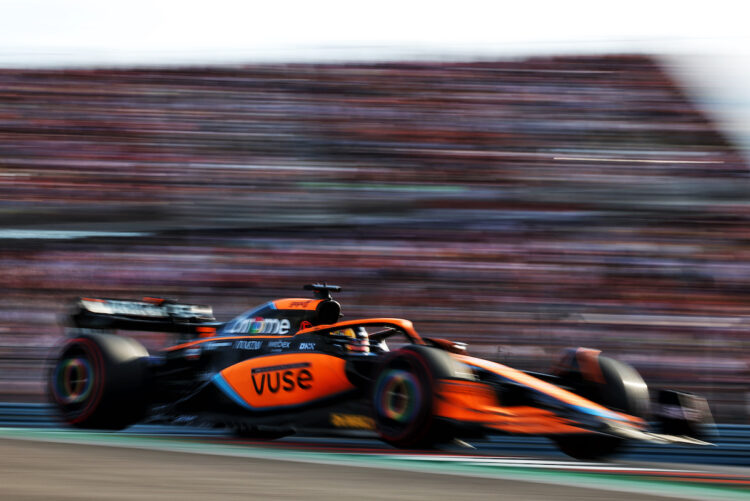 Daniel Ricciardo has endured a difficult 2022 Formula 1 season, with his woes continuing last time out at the US Grand Prix from Austin, Texas.

The Australian crossed the line in 16th place, capping off a difficult outing for him as he nears his exit from McLaren.

Ricciardo has agreed to part ways with the team at end of 2022, bringing his contract to an end a year early following two seasons of underwhelming results.

He endured another disappointing race on Sunday, and now looks to be on course for his worst championship result since the 2013 season with Toro Rosso.

“I have no idea what to say,” Ricciardo said after the grand prix in the US. “Honestly, it’s just 2022. When you think it can’t get worse, it does.

“That’s where, I don’t know, I don’t know how I’m continuing to continue because [to say] it’s painful is an understatement.”

Ricciardo has already revealed that he won’t be racing in 2023, with just one seat left to be filled at the Haas team, which is believed to either go to Mick Schumacher or Nico Hulkenberg.

It has been suggested that Ricciardo could take on a third driver role with Mercedes or Red Bull next year, with the hope of returning to the grid in 2024.

The outing in the US mirrored much of his season so far, leaving him dejected at the chequered flag.

“The inconsistency through the lap times, it shows that it really is a struggle, but to have such a really big margin again, it remains a mystery.

“I love Texas, I love Austin, but that race was not enjoyable for me.”

Ricciardo will be replaced at McLaren by Oscar Piastri next year.