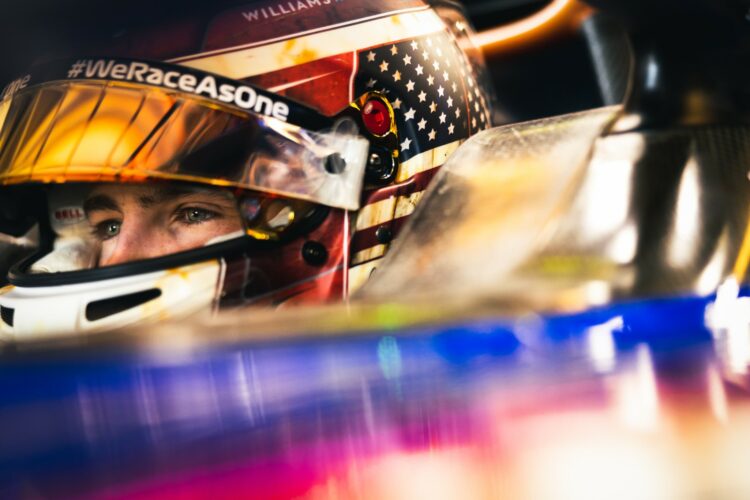 Williams boss Jost Capito has announced that Logan Sargeant will race for the team in Formula 1 next year if he accrues the required Super Licence points.

Sargeant joined Williams as a young driver at the end of 2021 and has emerged as a front-runner in Formula 2 this season.

The American made his FP1 debut at the US Grand Prix on Friday and Williams confirmed on Saturday that he will return to the FW44 in Mexico City and Abu Dhabi.

Speaking shortly after that decision Capito outlined that Sargeant will be in Williams’ second seat in 2023 so long as he picks up the Super Licence.

Sargeant is currently on 28 points and is in line to reach 30 assuming he completes 100km in each of his upcoming pair of practice sessions.

He currently holds third in the Formula 2 standings and would receive the sufficient points if he classifies sixth or higher.

If he completes a clean season he is also eligible for the two extra penalty points and that would leave seventh in the final standings a sufficient outcome.

Sargeant will also carry out running in old-spec machinery as well as receiving time in Williams’ simulator.

“I’m very grateful to be given further time in the FW44 at Mexico and Abu Dhabi,” said Sargeant.

“My aim is to make the most of every minute in the car and with the team to build on the progress I’ve made in Austin and throughout my time on the simulator at Grove.

“Of course, my focus is on finishing my Formula 2 season in Abu Dhabi in the best position possible, and I’m sure my time in the FW44 will keep me sharp and ready for the F2 finale.”