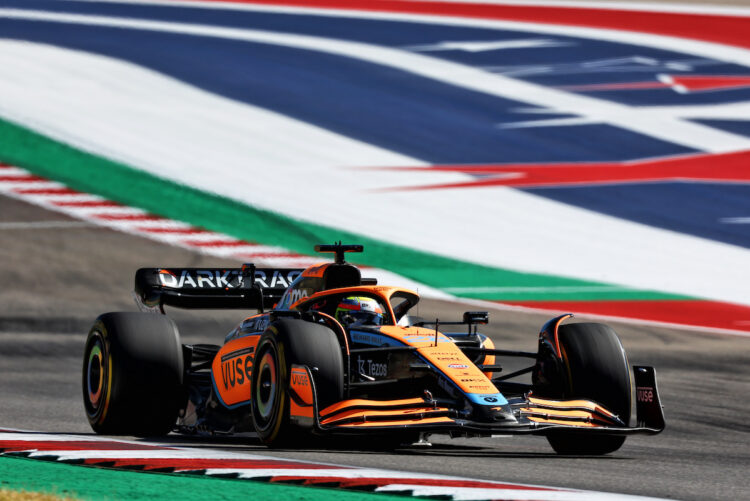 Alex Palou says his FP1 outing with McLaren was a “dream”, stating that he was pleased with his performance at the Circuit of the Americas.

The 2021 IndyCar champion stood in for Daniel Ricciardo during the session, fulfilling one of the rookie outing obligations that all teams must comply with this season.

Palou has tested McLaren’s 2021 car at various points this year in preparation for the practice outing at COTA.

The Spanish driver ended the session in 17th place, tallying 21 laps across the one-hour outing for McLaren.

“It was awesome, I had so much fun,” Palou said. “I learned a lot, the session was quite a lot shorter than when I’m looking from home.

“It was just a fun experience. I was really privileged to run with the previous car before. The new cars are really, really awesome.

“I think this is a proper track for F1 as well. So super happy with my performance and what I learned, hopefully we can help a little bit more the team with everything we collected. I’ll be watching and cheering for them this weekend.

“The plan was to get the experience [with the 2021 car tests], try to get us prepared for FP1. They obviously needed two drivers to do FP1, us here and Pato in Abu Dhabi.

“It was just to get ready, it was a present for me. As a person, it was a dream of mine. We’ll just embrace everything we have left this weekend.”

With Palou used to IndyCar machinery that is several seconds per lap slower than F1, he admits that there isn’t too much difference regarding the sense of speed between the 2021 and 2022 competitors.

“I come from a totally different car, so for me they are really, really close,” he said.

“There are some differences for sure. But I found that they are both amazing.

“I had the feeling that this car was a little bit better in some areas, a little bit worse in others. But still – it’s a Formula 1 car.”