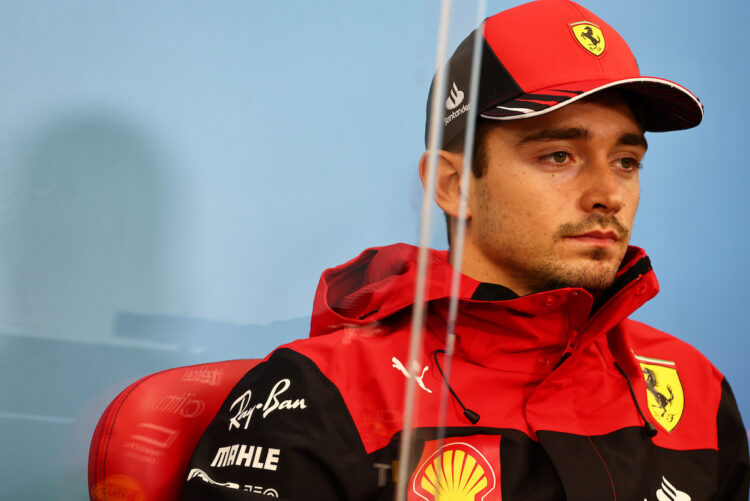 Charles Leclerc has received praise from the manager of Max Verstappen, Raymond Vermeulen, who says the Monegasque driver is a future Formula 1 champion.

Leclerc has endured a difficult 2022 campaign, after it appeared he was in title contention in the opening phase of the year.

However, strategy blunders, reliability concerns and on-track mistakes saw Verstappen streak away in the standings, with the Dutchman clinching his second title last time out in Japan.

Speaking to the F1 Nation podcast, Vermeulen has backed Leclerc to achieve championship success with the right package underneath him.

“A lot of the mistakes that happened to both Ferrari drivers was because they seem to have quite a loose rear, that’s a little bit unpredictable,” he said.

“And then obviously, if you’re already a little bit on the backfoot, you push that just extra couple of percent more, and you’re driving closer at the limit, then it’s obviously easy to make a mistake.

“It’s easy to finger point, but I think if he has the right package, Charles is definitely also a future Formula 1 World Champion, if he has the car that he requires to do [so.]”

Despite missing out on a number of race wins this year, Leclerc’s standout quality has been his qualifying performances.

The 25-year-old has taken 50 per cent of all pole positions on offer so far this year, displaying his prowess over one lap.

“I mean that some of his pole position laps that he put together this year were just unbelievable,” he said.

“I also think he has the race craft, but if you have bigger tyre degradation during the race, there’s not much that you can do as a driver.

“You can be like Sergio Perez who is one of the best in saving rear tyres, but I think they are all pretty good in that sense.

“Ultimately, you need a car that performs over one and a half hours, and Charles didn’t have this for most of the races.”