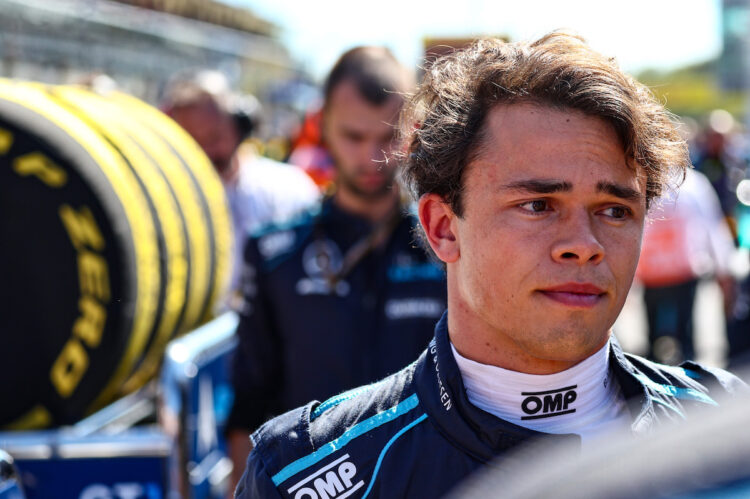 AlphaTauri team boss Franz Tost says that he expects Nyck de Vries to be competitive in Formula 1 from his opening race with the team.

Last week, the Red Bull sister squad announced that de Vries would join it for the 2023 campaign.

De Vries replaces Pierre Gasly at the team, who is leaving to join Alpine next year.

De Vries has been linked to a move to F1 for some time, however his chances were boosted when he had an impressive debut for Williams at Monza last month, when he subbed in for Alexander Albon.

The Dutchman ended the race in ninth place, and soon after, he was prompted by compatriot Max Verstappen to call Dr Helmut Marko.

Tost admits that de Vries’ outing in Monza had a big influence on AlphaTauri’s decision to sign him.

“This had a great influence because it showed his potential,” Tost said. “He drove a fantastic race, did not make any mistakes. And therefore, it was an easy decision to take him.

“Monza was important, but it was not an eye opener, because Nyck was on the radar also before and the special circumstances that other drivers left the teams, then that Red Bull also decided not to race with Pierre Gasly from 2024 onwards, this is what they announced.

“All these components together brought us to the decision that Nyck DeVries is the best possibility and that he will fit quite well to the team.”

Although de Vries will be a rookie in F1, he boasts plenty of experience elsewhere, and has Formula 2 and Formula E titles to his name.

With the extra experience under his belt compared to traditional rookies, Tost believes de Vries should get to grips with F1 rapidly.

“I expect that this learning period for Nyck will be reduced to a couple of tests,” he said. That means I expect him to be very competitive from the first race onwards in 2023.”