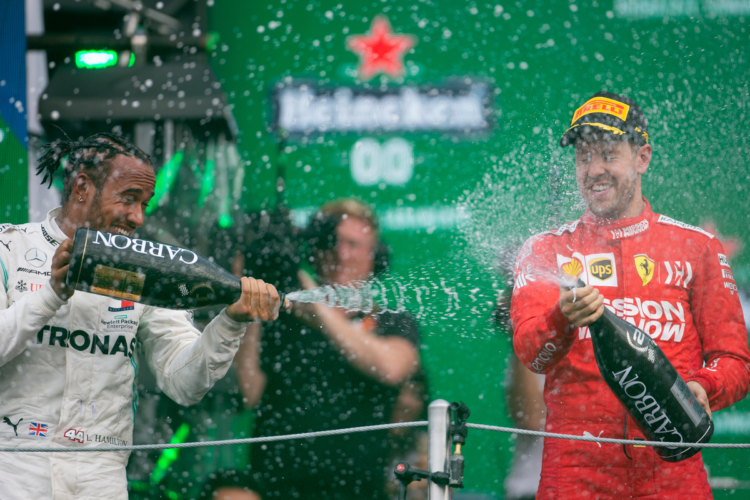 Ahead of his retirement at the conclusion of the 2022 Formula 1 season, Sebastian Vettel has reminisced on his 16-year career in the sport where he won four world championships.

Vettel’s glory days of the early 2010s at Red Bull were marked by the close championship battles with Fernando Alonso who drove for Ferrari at the time.

The closeness of the battles between the two is evident in the points gap of the final standings for the 2010 and 2012 seasons, with Vettel triumphing over the Spaniard by just four points and three points, respectively.

His later stint with Ferrari saw him go toe to toe with Lewis Hamilton and Mercedes as he attempted to stop the German team’s dominance in the turbo-hybrid era.

When asked who the toughest rival he faced in F1 is, Vettel replied: “Lewis, especially when I was at Ferrari. Lewis has always been right up there. Before that, it was probably Fernando when he was at Ferrari.”

Ironically, one of Vettel’s toughest opponents also happens to be the driver who will be replacing him at Aston Martin Racing for the 2023 season.

“Fernando doesn’t need any advice. I’m not sure he’s taking any advice, but he doesn’t need it anyway. He’s been around for so long and seen so much – he’ll be fine.”

On the topic of Vettel’s retirement, he has stated that he still loves the sport but understands that it is time for him to move on.

“I still love the sport. I still love racing,” Vettel said. “The decision to retire was a tough one, but I’ve been thinking about it for a while. I know how much commitment this sport requires, and I feel like it’s a good time to do other things.

“This year, we wanted to make a significant improvement over last year. We failed. We’re currently where we finished last year.

“I’m not pointing the finger and saying we did a bad job. I’m just being realistic. We had high hopes, but we fell short.”