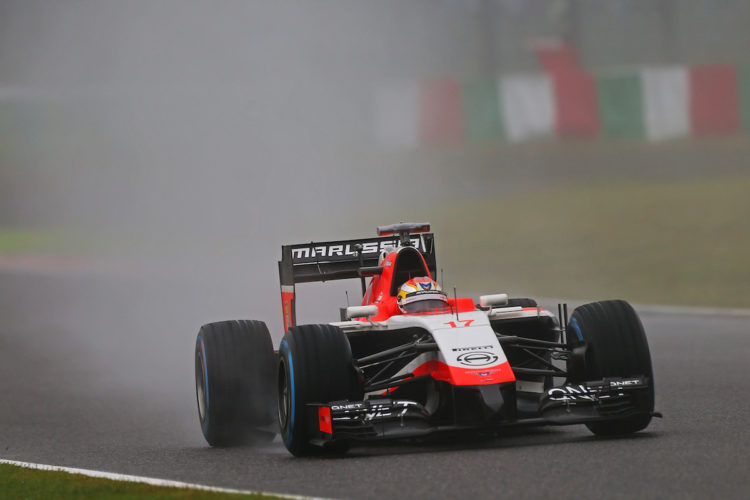 Sebastian Vettel believes Jules Bianchi’s crash at Suzuka eight years ago is not remembered enough following a close call with a recovery vehicle on Sunday.

Drivers expressed anger after the Japanese Grand Prix, as a tractor entered the circuit to recover Carlos Sainz’s stricken Ferrari shortly after the start of the race in wet conditions.

Pierre Gasly in particular got close to the vehicle, with visibility extremely low due to the weather.

The incident reproduced discussions regarding driver safety, after Bianchi collided with a recovery vehicle in similar conditions in 2014, which ultimately proved to be fatal.

Speaking to Sky Sports F1 after the race, Vettel stated that the Frenchman’s accident is remembered “probably not enough”.

The four-time World Champion believes that there are several measures that need to be looked into to avoid another dangerous situation being created.

“After what happened, there’s a lot of things that led to this circumstance which we need to understand first,” Vettel said.

“The entire grid leaves on the wrong tyre, which we were all to blame but then no one to blame because we’re all in the same pressured position.

“We have an Intermediate tyre that is a lot faster than an extreme tyre. The extreme tyre is a tyre for the condition, but it’s so slow that you’re pressured to go onto the next tyre. That needs to be improved that would have solved the problem.

“We are not able to race when there is some water on the track because the water drainage is probably not good enough. We’ve known this for years but then one thing leads to another and then we had a crash with Carlos going off.

“Visibility is close to none when you’re inside the car following with a spray. We’re lucky that nothing happened but we need to understand and make sure that it just mustn’t happen.”