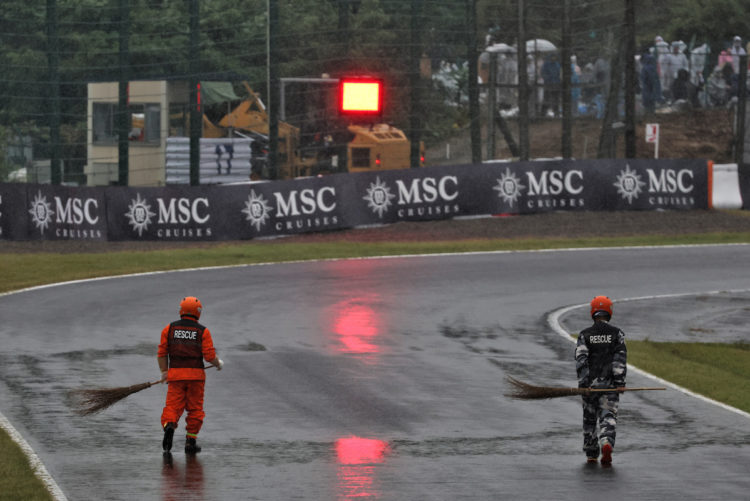 The Japanese Grand Prix was paused shortly after the start as wet weather conditions saw chaos on the opening lap.

The race got underway with rain falling on the circuit, and visibility was low for all of the drivers.

Max Verstappen retained his lead ahead of Charles Leclerc, as the two went side-by-side through the first corner.

Carlos Sainz spun in the second sector after losing traction, and crashed into the wall – he was almost collected on several occasions by rival drivers.

Pierre Gasly had an advertising board lodged at the front of his car and pulled into the pits to have it removed, but as he rounded the track on the next lap under Safety Car conditions, he vented frustration with a recovery vehicle sitting on the circuit where Sainz had his incident.

Alexander Albon pulled to the side of the race track after hitting mechanical issues, while Zhou Guanyu and Sebastian Vettel also found themselves facing the wrong way.

The race was originally set to resume at 14:50 local time, before it was suspended just minutes before the cars were going to head back onto the circuit.