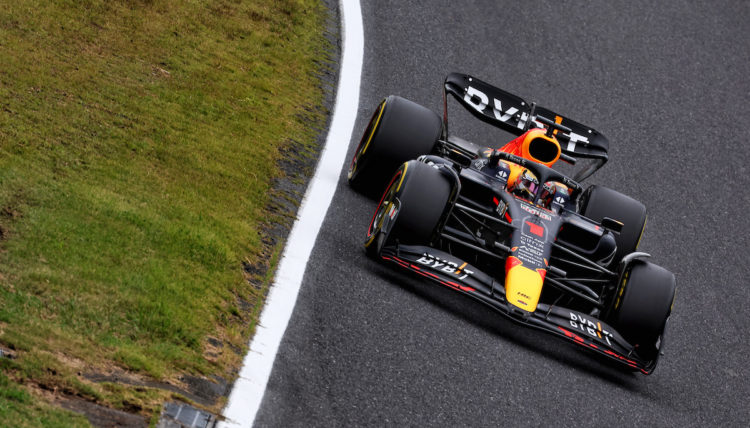 Max Verstappen has taken his fifth Formula 1 pole position of the 2022 season, besting Charles Leclerc to the top spot.

Leclerc marginally missed out on the top spot, with his lap time reading just 0.010s down on the Red Bull driver.

Verstappen is now in a prime position to seal his second F1 World Championship on Sunday.

However, the Dutchman is being investigated for an incident he had in Q3 with Lando Norris, with the two almost making contact at the 130R corner.

With Leclerc second, the second row behind was made up of Carlos Sainz and Sergio Perez – Sainz ended the session just 0.057s slower than Verstappen.

Although the Ferrari drivers improved on their final attempts, it was not enough to deny Verstappen a fifth pole position of the year.

Alpine has showcased strong pace all weekend and will start Sunday’s race in fifth and seventh, with Esteban Ocon leading Fernando Alonso.

Mercedes, on the other hand, has struggled, with Lewis Hamilton almost one second down on Verstappen in sixth place.

Russell will start from eighth, while Sebastian Vettel and Lando Norris completed the top 10.

Daniel Ricciardo looked rapid through Q1 and Q2, but he found himself in the dropzone when the chequered flag waved at the end of the second segment.

The Australian is set to start from 11th, ahead of the leading Alfa Romeo of Valtteri Bottas.

Yuki Tsunoda was 13th in his first home qualifying session, with Zhou Guanyu and Mick Schumacher rounding out those who made it to Q2.

Kevin Magnussen was 18th, while the Canadian pair of Lance Stroll and Nicholas Latifi rounded out the qualifiers.