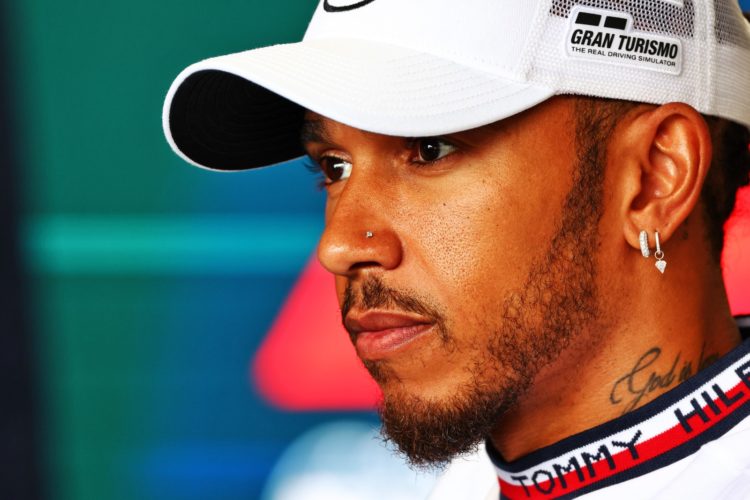 Lewis Hamilton says it is “imperative” that the FIA releases clear and transparent data regarding Formula 1’s cost cap.

The FIA was due to release certificates of compliance to Formula 1 teams on Wednesday but has now delayed the process until Monday.

It comes amid widespread speculation that two teams – suggested to be Red Bull Racing and Aston Martin – had exceeded the limit for the 2021 season.

“I think it’s imperative, honestly, just for transparency,” said Hamilton, on the notion of any transgressor receiving a stern sanction.

“I think we need to continue to have transparency for the fans, for the integrity of the sport. I don’t really know enough about it. I know obviously there’s lots of conversations that are going on in the background. There’s different numbers and different things being said here and there, so I was expecting those results – like you [the media] – to come out yesterday.

“I would like to think that if it’s been delayed it’s because it’s been taken very seriously and I trust that Mohammed [Bin Sulayem] is taking it seriously and will do what is right for the sport, I hope.

“I think it would be bad for the sport if action wasn’t taken if there was a breach, but I don’t know if there is so I’ll wait just as you will.”

When asked if a team breaching the rule would lead to a breakdown of trust, Hamilton replied: “For sure, because then it’ll put in question our values, the integrity of the sport.

“And I remember in Silverstone when we got our last update and I remember that was almost three tenths, I think that update, and I’m pretty certain it cost less than a million.

“But I remember after that needing more updates – but then seeing trucks…updates continuing to arrive on the other car, thinking jeez, it’s going to be hard to beat them in the championship if they keep bringing updates.

“It’s so but it’s so integral to development, the development race and if we had another half a million to spend we would have been in a different position at some of the following races if we were just bought another floor which we could have easily done but that’s not the name of the game.”