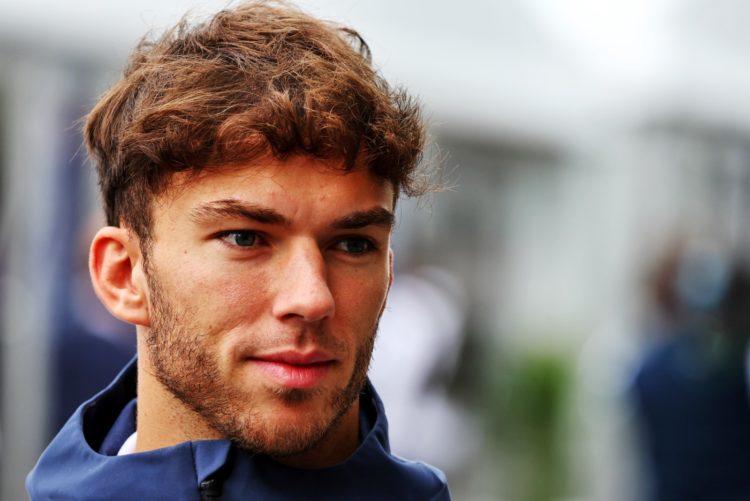 Honda announced in late 2020 that it would be withdrawing at the end of 2021 but it reached an agreement for Red Bull to continue to use its power units.

That included a personnel agreement that was recently extended through 2025.

Furthermore it was announced on Wednesday that Honda logos will feature on both the Red Bull RB18 and AlphaTauri AT03 through the remainder of 2022.

“So even for us it feels like things haven’t really changed bar a bit of paperwork.

“I’ve been working with them for many years, I know how efficient they are and when they really want something they make it happen.

“And I think it’s great to see them committing to Formula 1 in the way they are doing.”

Gasly initially expressed surprise at Honda’s departure and hopes that the company’s continued affiliation with Red Bull means it will ramp up its commitment from 2026.

“After winning a world championship, I thought it’s their time to shine and they can be reigning for a couple of years and getting all the spotlight and the rewards of all the hard work they have done over the last few years,” he said.

“You’d guess that that’s what would make sense for a company. But they had their own reasons to quit.

“I think straight away they were like ‘OK, we still want to find a way to keep a foot in and find a deal with Red Bull to still be committed in the sport’.

“In the big picture, you’d like to see Honda as a proper manufacturer in the paddock. They’ve got all the facilities, all the resources to run like a top team in F1. Hopefully in the future that’s something we can see.”