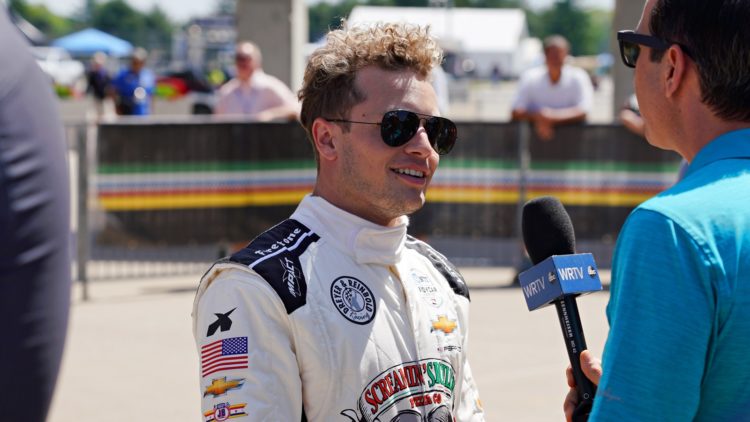 AJ Foyt Racing has announced that it has signed Santino Ferrucci to drive for the team for the 2023 IndyCar season.

Ferrucci has been racing in IndyCar, either full or part time, since 2018, and has recently become the paddock’s go-to driver when a substitute is needed.

The 24-year-old drove three races his past year, with three different teams, and recorded top ten finishes on two of those occasions.

In 2023, Ferrucci will have his first full time assignment since he drove for Dale Coyne Racing in 2020.

“It’s incredibly exciting to be back in the IndyCar Series full-time,” said Ferrucci. “Being a part-time driver over the last two years has been hard for me, personally.

“I’m a racecar driver and I want to compete.  Working with different teams has been exciting, and I’m proud that no matter which car I’ve raced, I’ve always shown speed and consistency.

“I couldn’t be more excited to join AJ Foyt Racing in the 14 Chevy.  I can’t wait to make the best of it.

“To race for a legend like A.J. Foyt — it’s a dream come true.  I like to think of myself as an “old school” driver who likes loose race cars and gets behind the wheel of anything with four wheels and an engine.

“So driving for a guy like A.J., knowing that he drove everything throughout his career, it’s going to be a chance of a lifetime for me.”

Ferrucci’s wild attitude reportedly sat well with AJ Foyt, who met with the young driver early in the season. Team President Larry Foyt consulted with his father about the driver decision, and ultimately made the offer.

Ferrucci will be teamed up with the rookie Benjamin Pedersen, who is advancing from Indy Lights up to the premiere series next season.

The Connecticut-born driver will be racing in the #14 entry, meaning that Pedersen is likely going to be taking over Dalton Kellett’s #4 car.

With this announcement, it is presumed that Kellett has lost his spot with the team after three seasons together that failed to produce meaningful results.